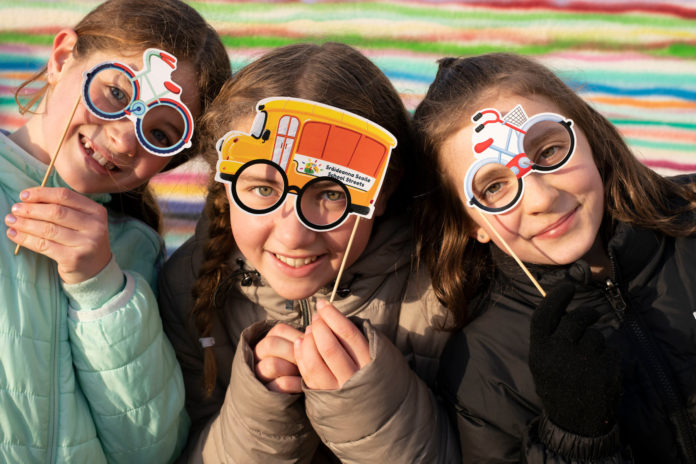 Now a year old, the School Streets project has seen daily car use on the school run drop by 14 percent, while more kids than ever are getting exercise on active ways to travel, and arriving better prepared to learn.

Walking to school is up by 11 percent, while cycling is up 7 percent, and three percent more kids arrive on scooters.

Teachers report that children have been arriving in better spirits in the morning, and more eager to learn.

Parents have also enthused about the project, saying that there is a much improved walking and cycling environment for the school run. 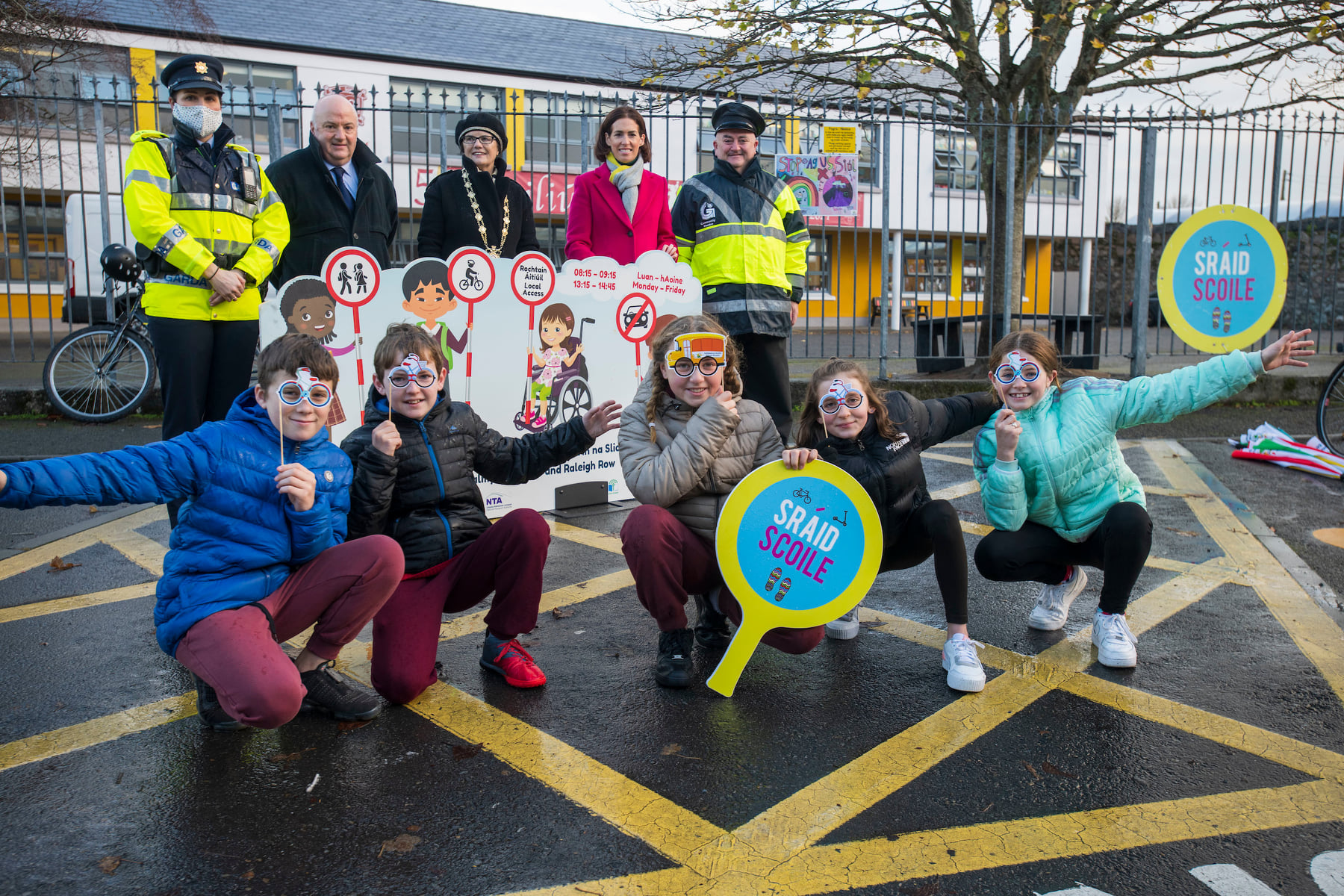 Patrick Greene, Director of Services said that the area in front of the school where children congregate before and after school is where they are most vulnerable to hazardous crossing conditions, indiscriminate parking, and air quality issues from idling cars.

“The School Streets pilot at Scoil Iognáid has created a space where children as young as four and five are scooting and cycling with their older classmates, as they arrive into school.”

Based on the success of this pilot, the city council is seeking to progress more ’Safe Routes to School’ and ‘School Zones’ at schools in the city.

“These designs will create a safer front of school environment for children, and if any opportunities arise to deliver School Streets, or ‘traffic free’ streets, Galway City Council welcome the opportunity to explore this with the school community.”

A ‘School Street’ is a road outside a school with a temporary restriction on motorised traffic at school drop off and pick up times – creating a safer, calmer space for children, parents and residents to walk, scoot or cycle.

The pilot project in Scoil Iognáid was formally launched in November 2020, with hundreds of families joining to create the first city-centre School Streets project in Ireland.

As part of the pilot project at Scoil Iognáid, Palmyra Row, Palmyra Avenue and Raleigh Row were pedestrianised from Monday 30th November during the school pick up and drop off times (Monday to Friday, 8.15am to 9.15am and 1.15pm to 2.45pm, during school term times only).

Residents still have access to their homes during these times, as do cyclists or ‘blue badge’ holders accessing the school. 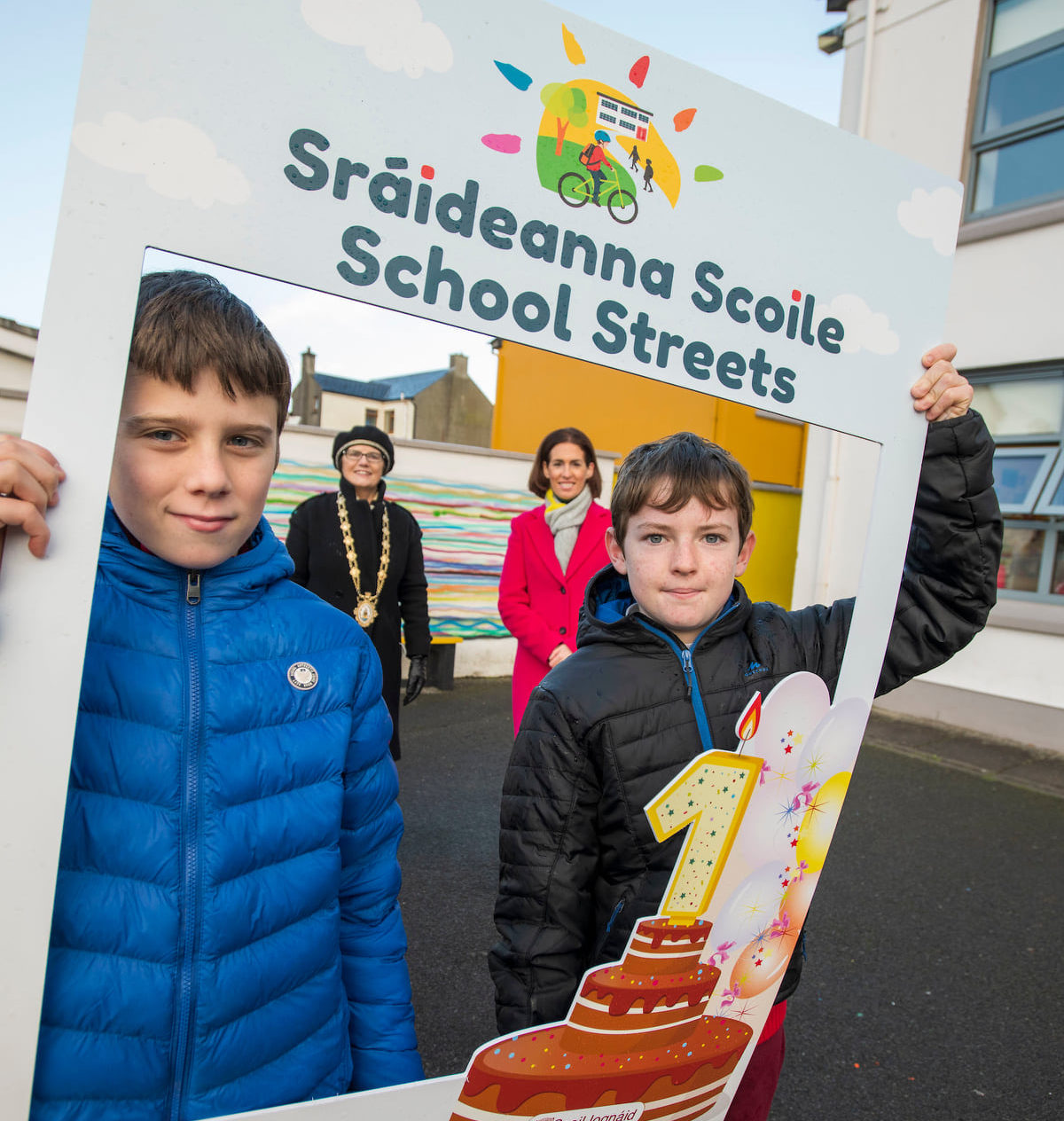 Galway TD and Minister of State Hildegarde Naughton said the findings of the first year report published by the city council this week are extremely encouraging.

“The findings enclosed will inform us on how we can further boost and facilitate increased levels of children taking a healthier and greener mode of transport to and from school every day.”

“Crucially, the report and findings published by Galway City Council today acts as a step-by-step blue print for local authorities nationwide to replicate these results in their own respective counties.”

The full report from the public consultation on this pilot, and further information about it, can be read online at www.galwaycity.ie/schoolstreets.