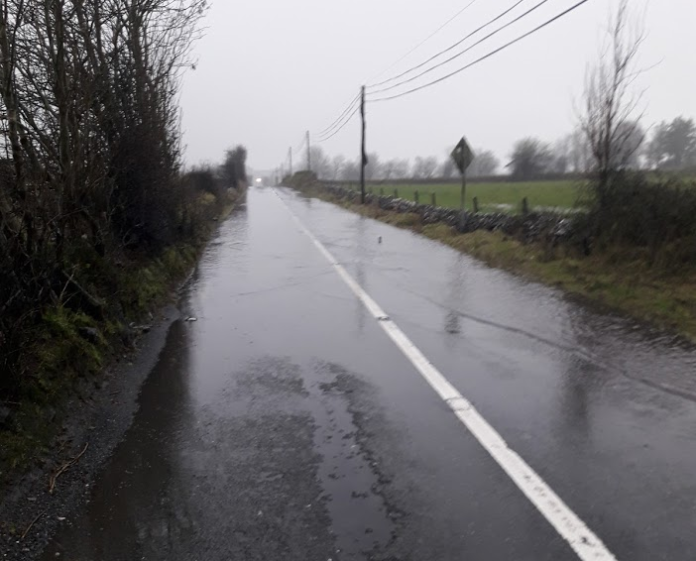 The €1,177,500 million for by Galway County Council is part of an overall €17.3m climate adaptation investment programme announced today.

The single largest allocation in Galway is €120,000 which will be used to raise the level of 315m of road at Owenbristy, Ardrahan.

Other projects include €50,000 for seven local road raising schemes which were identified under the South Galway Flood Resilience Scheme.

Galway TD Ciaran Cannon said that this is a very welcome investment in south Galway roads that were closed for long periods of time in recent flooding events.

“The closure of these roads for weeks upon end caused real hardship for so many communities and these engineering projects will ensure that such closures don’t occur again.”

Another €105,000 will go towards raising and resurfacing the road at Lissyegan, Ahascragh, and enhancing the existing surface drainage.

On the R328, €70,000 will be used to improve Castle street in Dunmore, which is badly affected during heavy rainfall, and another €40,000 will help prevent flooding at Gorteen Cross.

Galway Senator Aisling Dolan said “Our engineers and roads teams in Galway County Council do such great work especially when dealing with the impacts of storms and bad weather.”

“This investment will help supplement the ongoing works by raising roads and surface drainage.”

“It hopefully means that come this Autumn, Winter, Spring nearly all seasons – communities all around Galway will have better and safer roads and reduce the amount of diversions when roads are flooded”