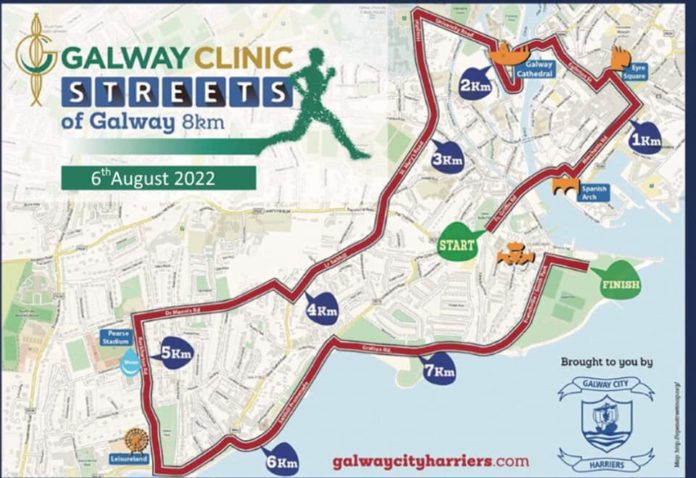 There will be a series of rolling road closures across Galway City on Saturday evening to accommodated the Streets of Galway race.

The 8km race route will take participants past the Spanish Arch, Eyre Square, Galway Cathedral and NUI Galway, before they head to Salthill and then return along Galway Bay.

Rolling closures will be in effect from 7pm to 10pm approximately to allow the race to take place.

The first Streets of Galway race was held in 1986, and it is now one of the most prestigious sporting events in the West of Ireland, with 989 participants completing the race last year.

Galway Clinic has been sponsoring the ‘Streets of Galway 8k’ road race since 2017, and is back as the sponsor again this year.

Those taking part are also advised to drink up to two litres of water per day, and to incorporate carbohydrates and protein into their diets at least two hours before exercising and within 30 minutes of finishing.