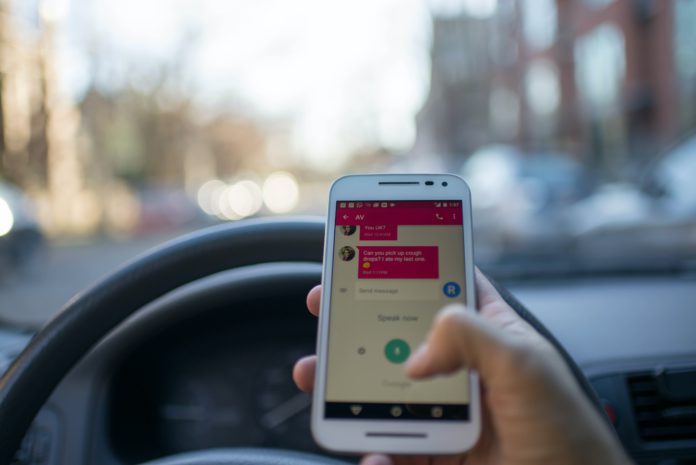 Gardaí and the Road Safety Authority are appealing for drivers to put their phones away while on the road this Bank Holiday weekend.

In the past five years, there have been 66 people in Ireland either killed or seriously injured in road traffic collisions on the May bank Holiday weekend.

New research from the RSA shows that as many as 1 in 10 people admit to texting while driving, and a survey last year showed that that 9% of motorists admit to driving and talking on a handheld mobile phone and 9% of motorists regularly check mobile apps while behind the wheel.

Minister of State at the Department of Transport and Galway TD Hildegarde Naughton said that research shows that using a using a handheld phone while driving increases your risk of a crash fourfold.

“Despite the warnings, the threat of penalty points, the constant reminders of the dangers, some people are still refusing to heed the message.

“With the loosening of travel restrictions and the opening of outdoor sports facilities and visitor attractions, more people will be on the road this Bank Holiday Weekend.

“Many of whom will still be getting used to being behind the wheel of a car again. The message is simple, put the phone away while driving and take extra care on the roads this May Bank Holiday weekend.”

Sam Waide, Chief Executive of the RSA said “If you take your eyes off the road for just one second, a car moving at 50km/h will travel 14 metres – that’s approximately four car lengths.”

“That is 14 metres where a driver is not paying attention to the road. Taking a call, sending a text or checking your apps while driving is dangerous behaviour which could result in catastrophic consequences for you or some other road user.”

“So put the phone away, it is not worth the risk. Nothing is that urgent that it cannot wait until you are safely parked up. If you know someone is driving, avoid phoning them, it can wait until later.”

“With the Bank Holiday approaching we are asking motorists to get into the habit of putting your phone away before setting off on a journey – either turn your mobile phone off, switch it to airplane mode, put it on silent or simply put it out of sight.”

Eight people have lost their lives in crashes over the May Bank Holiday weekend between 2016-2020, and another 58 have been seriously injured.