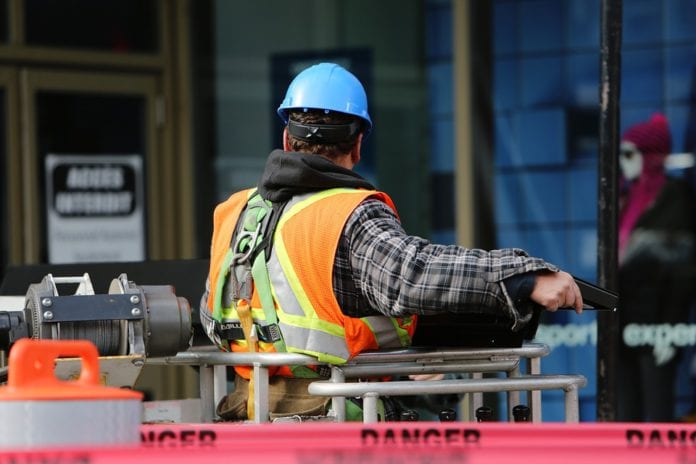 Workplace deaths in Galway went up last year, with three recorded killed in workplace incidents, one more than in 2018.

The Health and Safety Authority released figures which showed that there were 46 workplace deaths in Ireland last year, up 18% on 2018 when 39 people died on the job.

Construction was a highly dangerous job, and saw the number of fatalities increase dramatically last year compared with 2018.

Chief Executive Officer of the HSA, Dr Sharon McGuinness, expressed concern that construction deaths went up from five in 2018 to 12 last year, with 75% of all fatal injuries taking place in the last six months.

With falls from heights the leading cause of all construction worker deaths last year, she highlighted the Authority’s concern that many of the fatalities involved small companies and self-employed tradespeople.

“The figures show that the number of construction deaths have increased to levels not seen since they last spiked in 2015, when falls from a height were also the biggest trigger in fatal injuries. ”

“This is a worrying trend and shows that without proper risk assessments and health and safety considerations, ultimately a worker may pay the price with their life,” Dr McGuinness warned.

Farming remained the most dangerous occupation, with 18 fatalities in 2019 representing a 15% increase on the year before.

As almost three in every four farm fatalities last year involved people 60 and older, Dr McGuinness said farmers must recognise their limitations as they age which may affect their ability to work.

“As farmers get older, they must adjust their work practices to make sure that they avoid injury,” she warned.

“I would urge people to really take on board the dangers around farming whenever working with livestock, slurry or machinery.

“Farmers think it’ll never happen to them but sadly as we have seen, all it takes is a few seconds for a serious injury or death to occur,” she said.

The county with the highest number of workplace deaths last year was Wexford, where seven people were killed on the job.

The lowest figures were recorded in counties Mayo, Donegal, Carlow, Tipperary, Waterford, Monaghan, and Louth, which all saw just a single fatality.