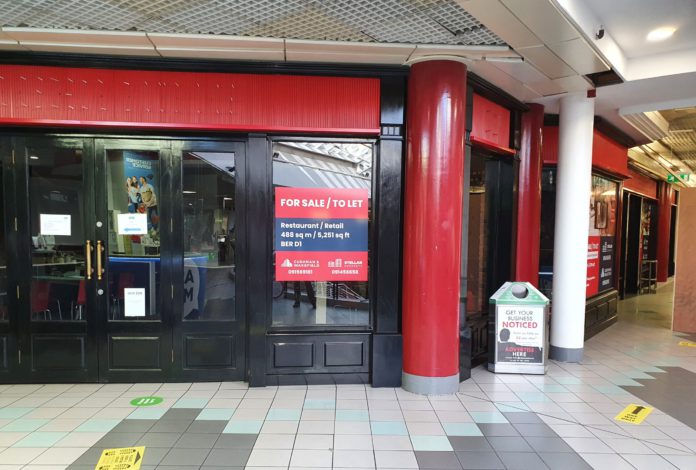 Planning permission has been granted for the former Burger King restaurant in Eyre Square shopping centre to be converted into a retail outlet.

Roshin Limited, owners of Unit 224 in the shopping centre have been given approval for a Change of Use of the unit from restaurant to general retail.

The Burger King restaurant in Eyre Square Shopping Centre, one of two outlets in the city, had been present for a decade before closing up shop last year.

“It was tenanted initially to Kylemore Bakery and then to Burger King from 2010”. The fast food chain left the premises in 2020, and it has remained vacant since.

The only other Burger King outlet remaining in Galway is located in the Applegreen service station on the Tuam Road, Galway City.

Planning permission was granted by the city council with three conditions attached.

Condition No. 3 states that the precise nature and extent of the retail usage of the unit must be agreed in writing with the city council before it is occupied.