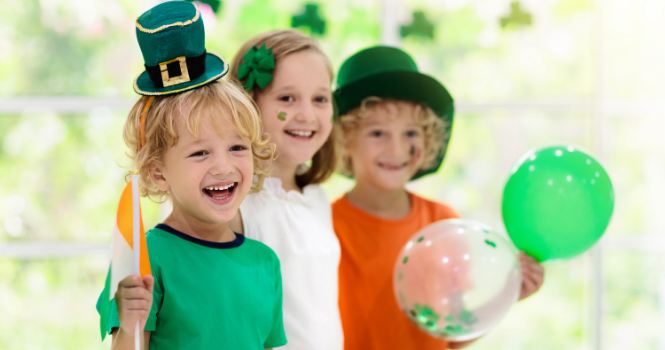 Galway City Council is holding its first ever virtual St Patrick’s Day celebrations this week, for people in the city, and reaching out to diaspora around the world.

The virtual St Patrick’s Day Parade for Galway City has been created by over 100 young people, who were asked to draw what they would like to see in their ideal parade.

The virtual parade will feature some indispensable staples of the day, including of course St. Paddy himself, along with snakes and shamrocks to complete the symbolism.

But it will also feature some unexpected items such as butterflies, giraffes, aliens and much more, which you definitely wouldn’t be able to get in a live parade, so why not push the boat out.

The drawings have been brought to life by filmmaker Chris Tierney from Earthbound Films and will go live on Wednesday, March 17 at noon across social media channels in the city.

The background for the parade is set in the wonderful Barna Woods and captures Aoife as she discovers the magical creatures as they parade through the woods in celebration of St Patrick’s Day.

Iconic locations across the city have been going green at part of Tourism Ireland’s #GlobalGreening including the Salthill Promenade, the Claddagh Basin, NUIG and the wonderful Manuela Galway Hooker.

Other greenings will be taking place across the city including the Town Hall Theatre, the G Hotel and a special installation by Brendan Savage at the Mutton Island lighthouse.

An online concert will also be held to give our diaspora a taste of Galway no matter where in the world they are right now, and will stream live on the social media accounts of Galway’s sister cities.

The concert will feature local musicians and community groups wishing the Galway Diaspora a happy St Patrick’s Day and welcoming them to return for a visit in 2022.