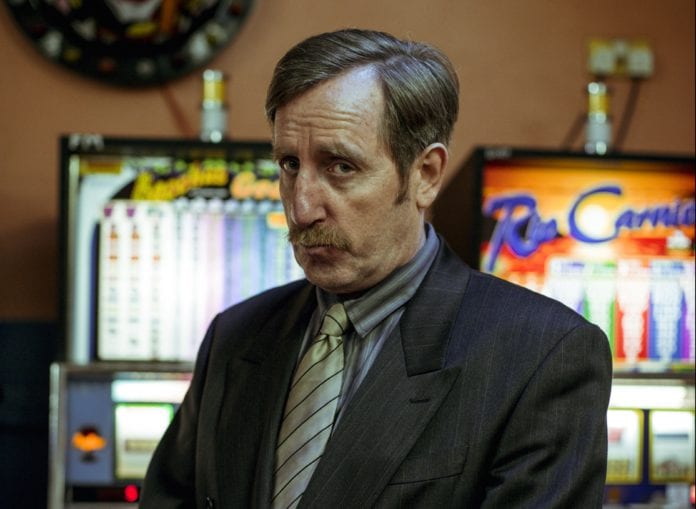 The Belly of the Whale has been announced as the opening film at this year’s Galway Film Fleadh, which runs from Tuesday 10 July until Sunday 15 July.

Bushe has previously directed an award winning short film If I Should Fall Behind which was IFTA nominated, The Other Side of Sleep and Anton Corbijn Inside Out.

After breaking free from his foster home, feral teenager Joey Moody returns to Laytown, a rural Irish town just over the horizon, in a bid to reclaim his family’s caravan park and salvage his friendship with his best mate and drinking partner, Lanks.

Meanwhile, on a mission to find the money to pay for his sick wife’s medication.

Ronald Tanner, a fractured soul, risks his meagre lifesavings on a get-rich-quick scheme that ends in abject failure and humiliation the hands of local big shot Gits Hegarty, pushing Ronald over the edge and off the wagon.

After Joey accidentally torches Ronald’s campervan and is forced to find the cash to repay him, the strange pair find themselves bonded together in misfortune.

In an effort to change their crummy existence they concoct a slapdash plan to rob the Pleasurama, the local amusement arcade, and the domain of the iniquitous Gits.

All that stands in their way of the good life is a group of toughs, their own incompetence, and fate itself.

Director Morgan Bushe said: “It was always our hope to screen The Belly of the Whale at the Galway Film Fleadh so we’re delighted and honoured that it’s been selected to open the festival and would like to take this opportunity to thank Miriam and Will for giving us this platform to launch this bold tale ahead of its Irish theatrical release.

“In the past I’ve shown all my shorts in the Town Hall so I know already how great the audiences are and I’m looking forward, along with our prodigious cast and crew, to now bringing my debut feature.”

Film Fleadh programmer Will Fitzgerald said: “The Belly of the Whale is the perfect film to open this year’s Film Fleadh. As a festival of discovery, we’re proud to open with Morgan’s first feature – a fun, anarchic Irish crime drama with an interesting mix of Irish, Northern Irish and Scottish acting talent.”

The six day 2018 Galway Film Fleadh welcomes a variety of filmmaking and filmmakers from around the world, attracting directors, actors, cinematographers and artists of all generations and cultural backgrounds. The Galway Film Fleadh celebrates its 30th anniversary this year.

The Belly of the Whale screens at 7:30pm on Tuesday 10th July, followed by a Q+A with cast & crew and an Opening Night Reception. Tickets are now available at www.galwayfilmfleadh.com.