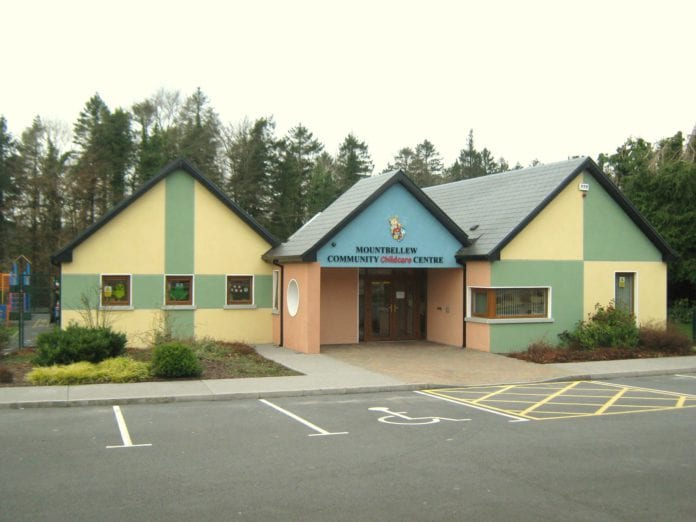 There has been strong public support voiced for a planned expansion to Mountbellew Community Childcare Centre that is “urgently needed”.

The community childcare centre has applied for a Pobal grant to construct an expansion to their facilities to meet a long waiting list for a place.

Currently the centre can accommodate 50 children, but there is a much higher demand for its services in the local community.

A meeting was held with public representatives on Thursday, May 16 at the Pastoral Centre in Mountbellew seeking support for their grant application.

Denis Naughten wrote to the Department of Children and Youth Affairs and received a response from Minister Ketherine Zappone stating that their application is currently in the appraisal stage with Pobal.

Pobal is the state agency that works to support local community groups and agencies by managing government programmes in the areas of Inclusion and Equality including 12 that specifically target childcare.

Deputy Eugene Murphy raised the centre’s application for grant funding in the Dáil last week to say that this expansion was “urgently needed” to improve childcare services in the area.

He said that because of the long waiting lists for a place there are roughly 30 children who have to make use of an interim facility at the National School gym.

“The children are spending hours in their national school gym where they have no access to rest areas.”

“Even with this, there are many children in the community who cannot access the centre as they are at maximum capacity.”

The Fianna Fáil TD said that have access to early years childcare in the same local are where kids will go on to go to school is an advantage that all children should be afforded.

Due to long waiting lists people are being forced to send their kids further away from home where they are only able to attend on a limited basis he added.

“I have been contacted by so many parents and members of the public from the Mountbellew area in relation to this pressing matter.”

“One particular email from a concerned father really rang a bell with me. He said that in January of this year himself and his wife queued outside Mountbellew Community Childcare Centre from 5.30am to try to get their daughter a place for September only to be told there was no space.”

“this is because the childcare centre has no space and needs this extension urgently.”

“To not grant the Pobal funds to this centre would be devastating to the Mountbellew community”.

Deputy Murphy concluded by saying that the staff at Mountbellew Community Childcare Centre provide an extremely high calibre of care in creating a “loving, caring and nurturing environment” for children.