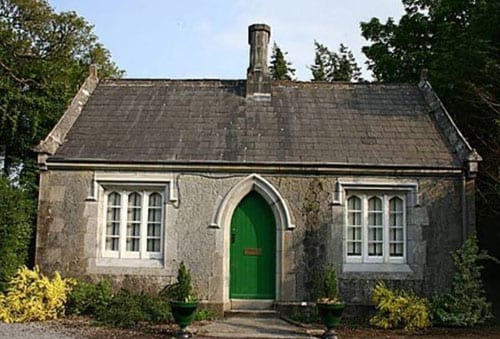 An historic Gate Lodge at Portumna Castle has been bought by the state to incorporate it into plans to develop the castle as a tourist attraction.

Galway East TD Seán Canney confirmed that the Gate Lodge was put up on the open market, but the National Monuments Service bought it on behalf of the state.

The Monuments Service bought the Gate Lodge to prevent the possibility of it becoming separated from the main castle.

A lot of work has gone into Portumna Castle in recent years to make it a wonderful tourist destination.

Recently the Office of Public Works added a café and exhibition space to make it into a better venue for community events.

The next project in the pipeline is the development of a bus park to allow the castle to better accommodate tour groups.

“The adjacent marina is also another added attraction to the tourist potential in Portumna,” Seán Canney added.

A major upgrade to the access road leading to Portumna Castle to make it easier for visitors to reach it and the marina was undertaken three years ago.

“I want to acknowledge the assistance and support of Minister Joshepa Madigan and her officials together with Minister Andrew Doyle in securing the Gate Lodge.” Deputy Canney finished.

These additions to the stately home in east Galway have the potential to bring great economic and cultural benefits to the local community in Portumna.