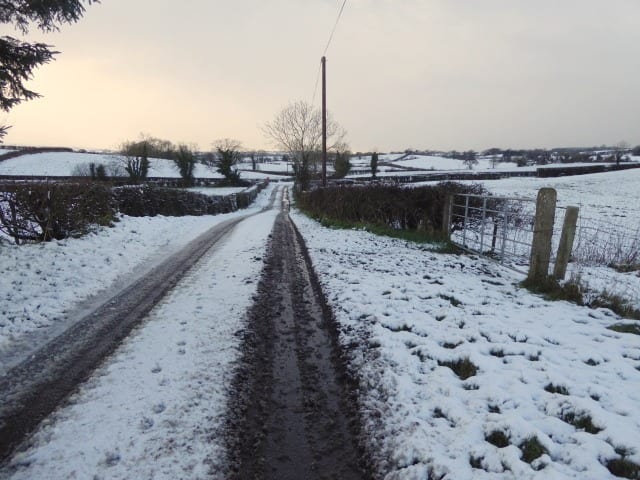 Met Éireann  has extended its snow-ice warning, saying further showers of hail, sleet and snow tonight will give additional accumulations of up to 3 cm of snow, with larger amounts on higher ground.

Connacht and Ulster will see the worst of the snow.

The warning is currently in force, and will now stay in place until 6am tomorrow morning, meaning roads could be dangerous in the morning in untreated parts of the county.

The warning was originally in place until midnight tonight.

The AA said to slow down and remember that stopping distances are up to ten times longer on icy roads.

They advised to take primary roads where possible as they are more likely to be gritted than secondary routes.

Weather warnings have been issued for snow-ice in the next 48hrs – https://t.co/sLGHpXxrhm pic.twitter.com/cyZTKoe2ay