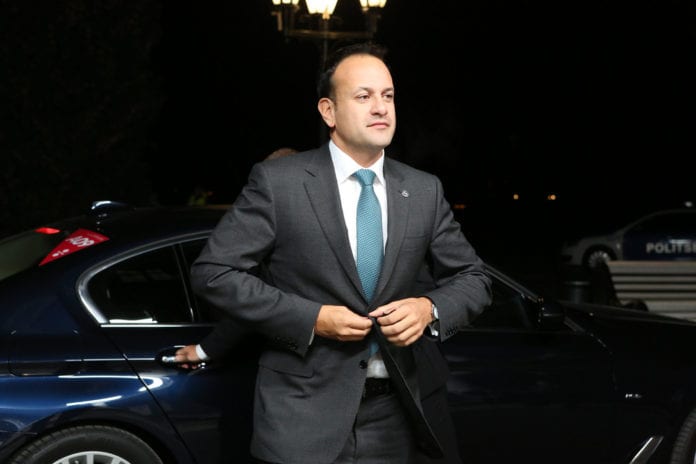 Fianna Fáil and Sinn Féin have called for An Taoiseach Leo Varadkar to clarify comments he made yesterday regarding an alleged favour he did for Donald Trump, while he was Minister for Tourism.

Yesterday, in the White House, the Taoiseach said that he took a phone call from Donald Trump regarding his golf course at Doonbeg and contacted Clare County Council regarding the planning permission for a wind turbine.

“I tried to do what I could do,” said Leo Varadkar. “The planning permission was declined.”

Representatives from both Sinn Féin and Fianna Fáil have said that they are ‘concerned’ about the comments, and want Leo Varadkar to clarify the situation.

Fianna Fáil TD Barry Cowen said that he was amazed and bewildered when he heard the Taoiseach’s comments yesterday.

“It seems extraordinary, particularly when the Taoiseach was so involved in giving his opinion on not wanting to invite President Trump to Ireland this time last year when Enda Kenny was Taoiseach. He was saying one thing in public and doing something very different in private,” Deputy Cowen said.

“There is more to this than meets the eye and the Taoiseach needs to clarify exactly how and when he made the representations and whether or not it was appropriate. He also needs to clarify whether the call came from President Trump directly or from a person on his behalf.

“The public also need to know whether or not the representation interfered with the planning process in Doonbeg because it was coming from a Minister.

“Mr Varadkar needs to give a full account of this issue without delay,” he added.

Sinn Féin President Mary Lou McDonald also raised concerns about the Taoiseach’s revelations, calling on him to clarify his actions and the appropriateness of his intervention on this planning issue.

“This sequence of events raises serious concerns regarding the propriety of the Taoiseach’s actions as he was a Government Minister at the time.

“It would be wholly unacceptable, and extremely serious, for a Government Minister to have sought to influence the decision of a local authority on a planning application.

“I would urge An Taoiseach to now give a full explanation of his actions regarding this matter.”