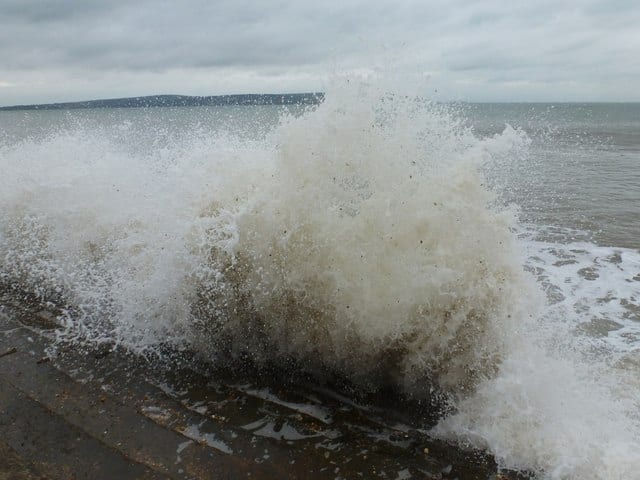 The Promenade along Salthill will close on Wednesday morning in anticipation of flooding from Storm Diane.

Met Eireann have issued an Orange Warning for Galway from 9am to 2pm warning of winds of 65-85km/hr and gusts as high as 130km/hr on the coast.

High seas are also expected, with a risk of coastal flooding.

Galway city council anticipates that the gale force winds will cause overtopping in Salthill tomorrow morning and several roads will close out of caution.

It’s expected that these roads will re-open by early Wednesday afternoon.

The city council will have road crews on standby as the the weather assessment team continues to monitor the situation.

Six counties along the south and west of Ireland have been issued with an Orange warning ahead of Storm Diane: Galway, Clare, Cork, Kerry, Waterford, and Wexford.

A status yellow warning will be in effect for the rest of Ireland until 6pm tomorrow.

Gale force wind are expected to die down going into Wednesday evening, but rain will persist throughout the night with occasional strong gusts.

This fresh storm warning comes after a morning of heavy rains in Galway and nationwide on Tuesday from a separate yellow warning issued yesterday that forced Dublin Port to close.