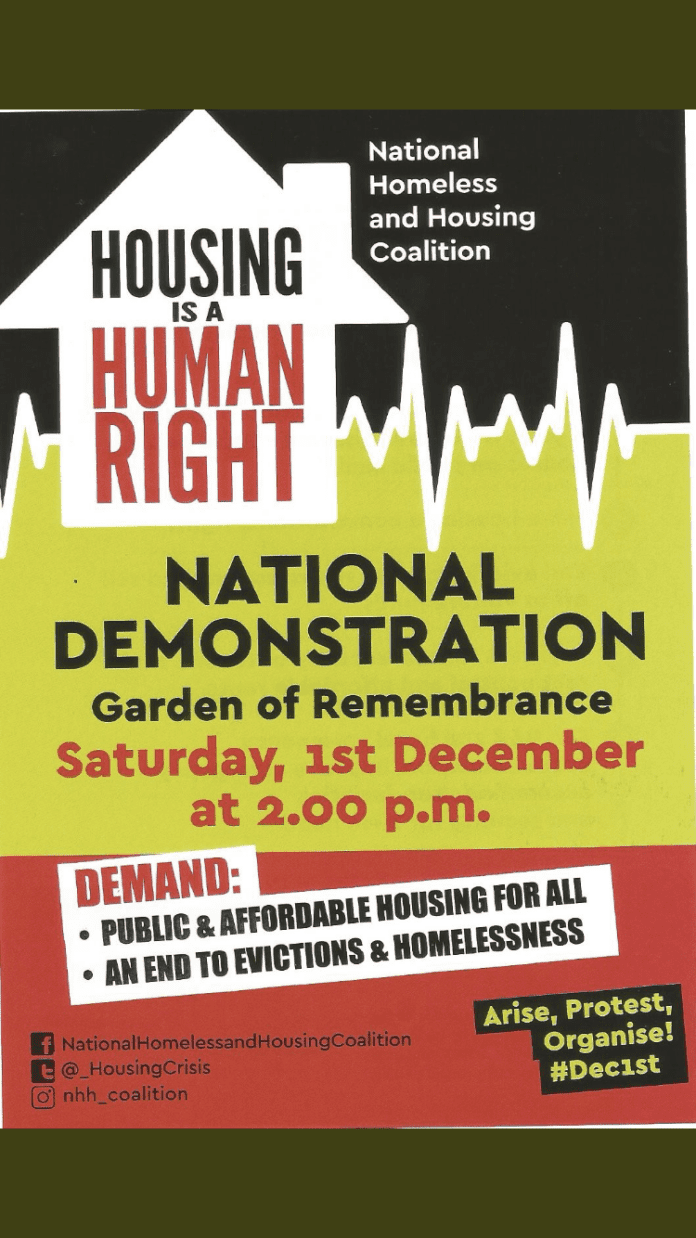 Unless you have been hibernating for the last two years, you should be well aware that the housing crisis has been at the forefront of conversations around the country.

The problem is particularly prevalent in Galway.

This is illustrated by the fact that homelessness in the West of Ireland is growing faster than anywhere else in the country.

This Saturday, 1 December, there is a national demonstration taking place in Dublin to protest the ongoing housing situation.

The #HomesForAll protest aims to build on the success of the #RaiseTheRoof rally in October which saw roughly 12,000 people take to the streets.

The Galway Branch of the National Homeless and Housing Coalition are promoting a bus to the #HomesForAll rally in Dublin this Saturday.

The bus will be leaving the Cathedral Carpark at 9.30am for Dublin.

It will leave Dublin at 5.30pm after the demonstration is over.