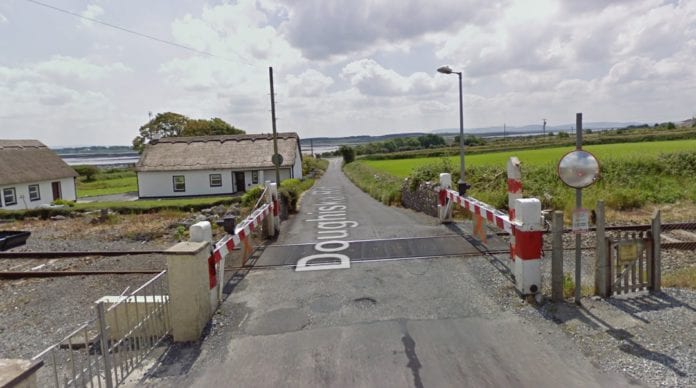 Reduced waiting times at the Roscam level crossing have been welcomed as good news for the residents of Doughiska who have experienced traffic issues in the past.

Galway City Councillor Alan Cheevers has said that Irish Raíl have managed to cut the level crossing delay at Rosshill in Roscam from around seven minutes, down to just three minutes.

The barrier at the crossing in Roscam had previously been initiated as soon as the train left the station at Ceannt.

Councillor Cheevers said that this practice led to constant delays in traffic flow, particularly for residents of Roscam and the Doughiska area.

“Working with my colleague Deputy Eamon O Cuiv we made representation to Iarnrod Éireann on this matter which has been an ongoing issue for residents,” the Fianna Fáil councillor said.

“Waiting time has now been reduced as of this week we have been informed,” he said, adding that “I believe this will be welcome by all residents as this area has high traffic congestion at peak times.”