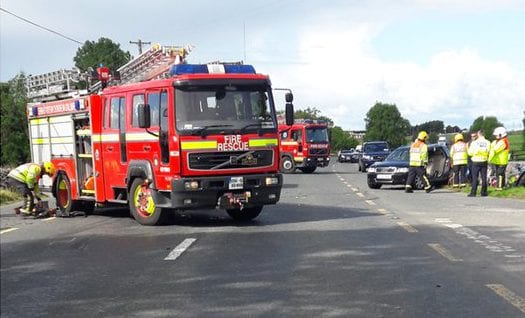 The N17 Knockdoe Galway to Tuam road is closed following a road traffic collision at 3.15pm today, but Gardaí say that the road will be re-opened shortly.

One man has been taken to hospital following the two vehicle collision, involving a car and a truck.

Diversions are still in place on the road, which has been closed for some hours.

The AA are urging people to use alternative routes until the road is re-opened.

Unrelated to this accident, there is also heavy traffic on the N59 Galway/Clifden Rd near Lough Bofin due to works that are in place until the end of October. Lane and speed restrictions are signposted.

The man taken to UHG is not understood to have suffered any serious injuries.