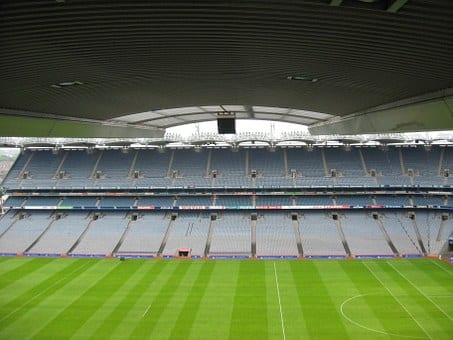 The Tribesmen will travel to Croke Park this weekend as favourites, but how did Galway do in All-Ireland Hurling finals fadó fadó?

Both teams have been in replays – most recently Galway in the 2012 final against Kilkenny.

But it is Galway who have the more impressive history. Galway’s Meelik were involved in the first final organised by the GAA. The 1887 All-Ireland final took place in April 1888, but the Galway side failed to score a single point against an outfit from Thurles, who themselves only managed one goal and a point.

One year after the civil war, Galway made their way to the final once again, this time against Limerick at Croke Park. This time, there was no doubt about the Galwegians’ victory, which was watched by over 7,000. Leonard McGrath scored three of Galway’s seven goals, and Mick Kenny would be the last Galway captain to win the All-Ireland Hurling Championship for over half a century.

Fifty-six years later at Croke Park, 56,000 more supporters were in attendance at the final. And, of course, it was Limerick who once again faced up to Galway 1980 final.

At half-time the score read Galway 2-7, Limerick 1-5, and the Tribesmen looked comfortable after a hectic first half. But a strong performance from Limerick in the second half wasn’t enough to prevent Galway from winning their second All-Ireland final.

In 1887, they were their again, beating Leinster champions Kilkenny on a score line of 1-12 to 0-9. And the following year, they did it all over again.

100 years after Galway first played in an All-Ireland final, the Liam McCarthy headed back to Galway after a great victory in Dublin – this time against Tipperary. The match finished 1-15 to 14 points.

Tony Keady was man of the match that day for his stunning second half performance, described by some as one of the best ever hurling displays seen in Croke Park.

And then there was the heartbreak of 2015. Four points from their fifth All-Ireland, four points short of another famous victory.

Now it’s 2017. It’s been 29 years since 1988. We will travel east in our thousands this Sunday. And hopefully we will travel back happy. It’s time to for number five.