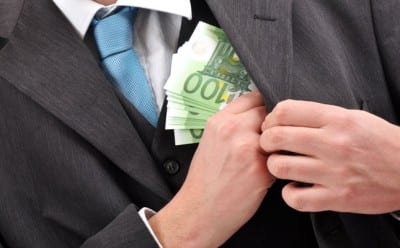 A Renmore man appeared before the District Court for defrauding a woman of €4,200 for home improvements that never happened.

Stephen Kelly (41), of 3 Murrough Drive, Renmore was charged with inducing Lisa Galvin to deposit money into his account by deception.

He had pleaded guilty at a previous court appearance on June 11 and was in for sentencing on this date.

The court heard that on March 30, 2015 at the Eyre square branch of Permanent TSB, Kelly had Ms. Galvin transfer €4,200 into his account.

The money was a supposed payment for home improvements, specifically plumbing and heating equipment, which would never materialise.

Since the time of the crime, Kelly has repaid the full amount he defrauded from Ms. Galvin.

Mr. Kelly was charged under section 6 of the Criminal Justice (Theft and Fraud Offences) Act of 2001.

Solicitor for the defence Olivia Traynor said the Mr. Kelly had been struggling to keep his business open during the recession, which led to the offence described here.

He is a father of one, she said, and has been struggling in a turbulent industry.

Ms. Galvin was given the opportunity to appear at Kelly’s last court date and give an impact statement, but she didn’t want to come in to court.

Judge Fahy said she was considered a suspended sentence as an incentive for Kelly to conduct his business dealings properly.

Kelly received a three month sentence, suspended in its entirety for one year.