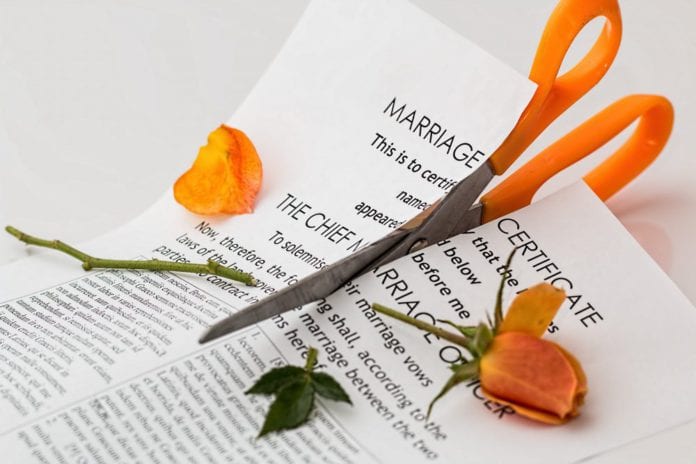 A referendum to amend the current constitutional provisions for divorce will take place this May.

At the referendum voters will be asked whether or not to approve an amendment to Article 41.3.2 of the Constitution to remove references to the time couples have to spend living apart before getting a divorce.

Currently people seeking a divorce in Ireland has to have been living apart for four years out of the previous five.

The government intends to bring forward legislation to change that separation period to two out of three years.

Announcing the proposed change Minister for Justice and Equality Charlie Flanagan said that it has been learned over time that complex social issues are better addressed through detailed legislation than the Constitution.

The referendum has been scheduled to take place in late May alongside the European and Local elections.

“Removing the time period from the Constitution would give the Oireachtas greater flexibility to legislate to ease the burden on people who have experienced the tragedy of a marriage breakdown and wish to begin again,” Minister Flanagan said.

“As it stands, the long separation period required under the Constitution frequently leads to couples seeking a judicial separation prior to obtaining a divorce with attendant legal costs and additional stress.”

The referendum will also give people the opportunity to change language referring to divorces obtained in a foreign country which has been criticised for being vague and was written in a time when divorce was still banned in Ireland.

Other passages requiring that there is no prospect of reconciliation and the provisions be made for spouses and children before granting a divorce will remain in force.

The current constitutional requirements surrounding granting a divorce were put in place at a referendum in 1995.

Prior to that divorces in Ireland were subject a blanket ban under any circumstances.

Ireland still has one of the lowest rates divorce rates in Europe.

“Sadly, however, some marriages do break down irreconcilably, causing immense sadness and stress for all concerned,” Minster Flanagan said.

“The Government wishes to ensure that the process for obtaining a divorce is fair, dignified and humane and allows both parties to move forward with their lives within a reasonable timeframe.”

This is the latest in a rapid series of referendums liberalising the country after the legalisation of gay marriage and repealing the 8th amendment.