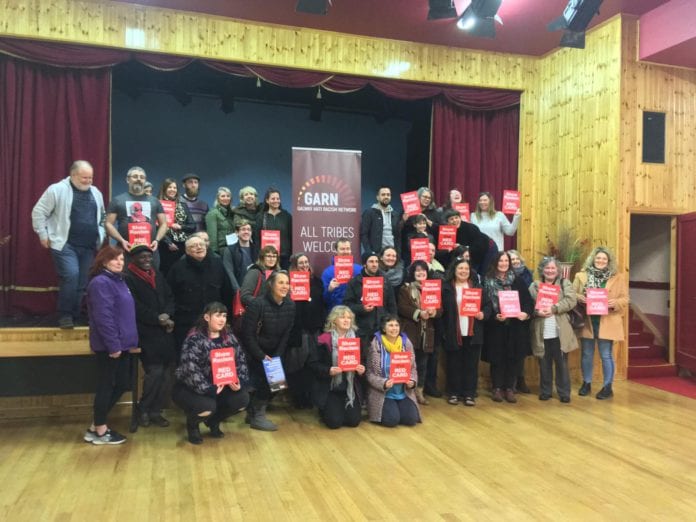 A Galway Anti-Racism Network meeting in Headford last night has been hailed as a ‘massive success’ after more than sixty people flocked to the first meeting to be held in the county.

Among the issues raised was the presence of a ‘fascist-sympathiser’ in the area, whose pro-Lega meeting was strongly condemned by much of the local community and Italians living in Galway.

People sat in a circle for an hour and discussed issues that the community raised including anti-Traveller racism and how some pubs refuse to serve Travellers.

They also touched on resettlement programmes for refugees and new direct provision centres and how a community can help to welcome new arrivals.

“We will work with existing community and arts groups in the area as well as the Galway Traveller Movement and Italians in Ireland against Racism.

“The plan is also to unveil a mural or banner on the same day that marks Headford out as a town with a strong spirit of anti-racism.

“We will come back to Headford in a fortnight to see how plans are going and to help form a group out of those who are organising the above events, who will focus on promoting equality in the town.”