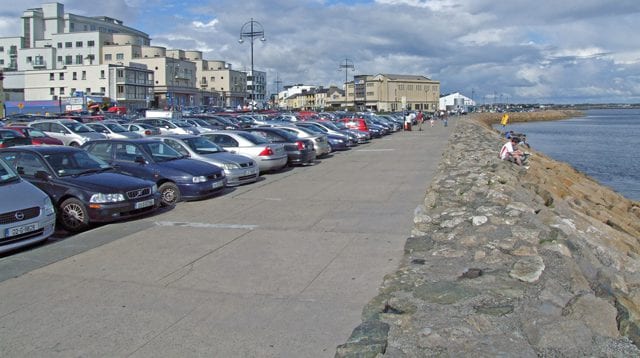 The Salthill Promenade has reopened this morning after high tide passed without any serious flooding from Storm Brendan.

Galway City Council closed the Promenade and two car parks in Salthill on Sunday as it was feared that a combination of spring high tides and storm surge from Storm Brendan could cause serious flooding.

While there was some overtopping down in Salthill and at Silverstrand earlier this morning, no serious flooding took place in the city.

Water levels also reached the top of the quay walls at the docks and Fishmarket, but no overtopping occurred. The flood defence barrier remains in place down at the Spanish Arch.

The Promenade has now reopened, but the city council is keeping the two car parks closed.

However the storm has not passed, and a status orange weather warning remains in place in Galway until 9pm tonight.

Winds could get worse throughout the day it has been warned, and motorists are advised to drive with extreme care, while the Coast Guard is telling people to avoid all exposed coastal areas.

The city council has said that it will continue to monitor the weather situation throughout the day and through the high tide this evening.

Crews will be keeping a close eye on the situation down in Salthill, and may close the Promenade again as needed towards the evening high tide at 7:08pm this evening.