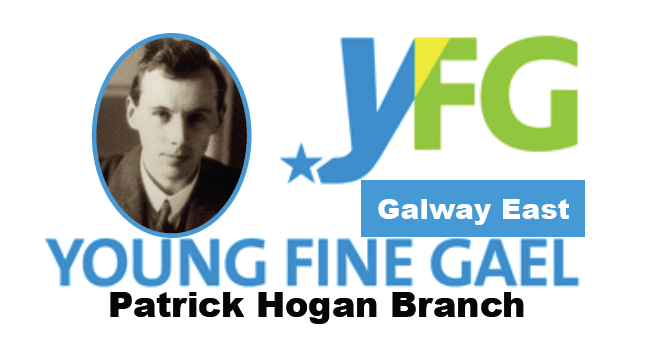 The Galway East branch of Young Fine Gael will not be supporting a coalition government with Fianna Fáil and the Green Party when it goes to a vote.

A Programme for Government for a coalition of FG, FF, and the Greens was agreed this weekend.

It is expected to go to the membership of the different parties for a vote this week.

Branch chairperson Shane Dolphin said that as one of the constituency delegates, he will be voting against the deal when it is brought to the membership of the parties.

“This is a bad deal for Rural Ireland which contains a lot of vague and un-costed priorities for the proposed government, regarding Agriculture, taxation and climate emission targets.”

Concessions made to the “green agenda” threaten to undermine the party’s historical support among farmers he added.

“While we understand that we all must share a part in creating a more sustainable environment we fear it could undermine the viability of the agri-food sector, with a
greater reliance on state and EU subsidies rather than production and output per hectare”.

But it also contains strong support for the beef industry, encouraging the establishment of more producers to give farmers greater market leverage, and acknowledging the importance of suckler farms for the sector.

Young Fine Gael member and county councillor PJ Murphy also criticised the coalition deal, saying that a “disproportionate” number of concessions were made to the Greens to secure their support.

He alleges that “in many cases” this comes at the expense of the farming community “and rural Ireland in general”.

The Galway East branch of YFG is named in honour of the State’s first Minister of Agriculture, Patrick Hogan.

The parliamentary parties of the all three potential coalition partners endorsed the deal on Sunday.

In Fine Gael’s case it will now go to an electoral college vote, where the parliamentary party makes up half the vote, and the other half comes from representatives of each constituency, the executive council, and elected representatives.