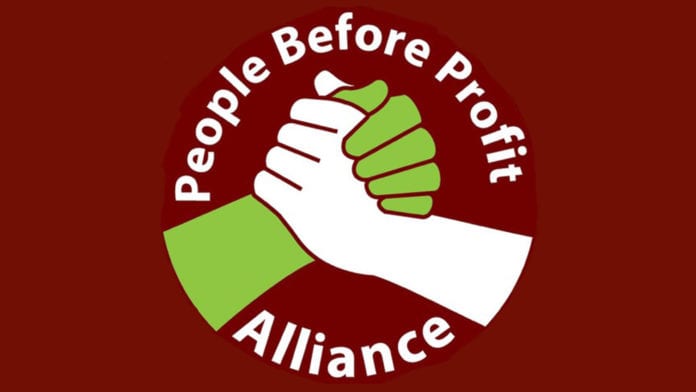 People Before Profit Galway will host an online public meeting this week looking at solutions to the housing crisis and the redevelopment of several areas in the city.

The meeting, titled “Solutions to the Housing Crisis: Public Housing on Public Land”, will take place on PBP Galway’s Facebook page on Thursday, 8 October at 7.30pm.

Guest speakers on the night will include Cllr Tina MacVeigh, who is Chair of the National Homeless and Housing Coalition, and Derrick Hambleton of the Galway branch of An Taisce.

“Plans are being drawn up for the redevelopment of several areas of the city including Sandy Road, Dyke Road, around Ceannt Station and Nuns Island,” said PBP Galway spokesperson Adrian Curran.

“Much of this land is publicly owned. In recognition of the housing emergency Galway faces, PBP believe public land must be used to build public housing and community facilities.

“We’ll be discussing this on the night as well as how we can build a people power movement to fight against the sell-off of public land and for proper housing for all.”