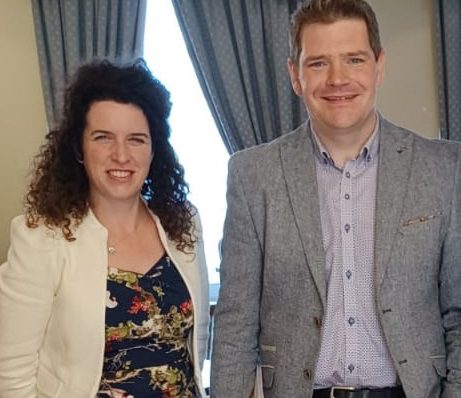 Minister of State Peter Burke brought plans before the Cabinet this week to entitle councilors to maternity leave, allowing them to appoint a temporary substitute in their place.

“For the first time in Ireland female public representatives in our Councils will now have be able to take maternity leave – this is ground-breaking for women,” Aisling Dolan said.

“Councillors usually are doing their roles and community work on top of a full-time job, now we have recognition for young women and balancing family-life, work-life and their public representative role.”

“It removes another barrier for women who want to participate more in our society and have their voices heard.”

Under the current framework, Councillors are not classified as employees, meaning that they do not enjoy some existing statutory protections.

The Cabinet has given its approval for Minister Burke to draft a legislative provision for female councillors to access maternity leave under the Maternity Protection Act 1994.

The scheme will be two-fold, allowing female councillors to appoint a substitute to attend meetings and vote on their behalf.

If they do not wish to appoint a substitute, new regulations will provide additional administrative support for the duration of their maternity leave.#

Commenting on the draft legislation, Minister Burke said “The decision allows us to address a deficit which should not exist in a 21st century workplace, to provide full maternity leave for our councillors.”

“Our rate of female participation in both local and national government is shamefully low, and I believe this measure will remove another obstacle and allow us to make the role of a councillor more accessible to half of our population.”

“For far too long, female politicians have been denied a basic right of maternity leave as our political system displayed an inherent design bias.”

He added that many Oireachtas members start their careers as local councillors, so this should also have a positive effect on the Dáil and Seanad.