Galway West TD Hildegarde Naughton is set to receive a €16,000 pay rise along with two other Junior Ministers, after the Dáil passed legislation for a salary top up for a third ‘super junior’.

The Fine Gael TD and Minister of State for Roads will receive a yearly salary of €140,000, as well as Fianna Fáil’s Chief Whip Jack Chambers. The Green Party’s Senator Pippa Hackett, who failed to win a seat in the general election, has seen her salary increase to €123,000.

Opposition parties have slated the move, with Sinn Féin branding the pay hike for a third ‘super junior’ as “disgusting”.

Others opposition TDs said the ‘super junior’ Ministers should be given no more than a clap, in reference to the one minute applause for healthcare workers during the height of the first wave of Covid-19. 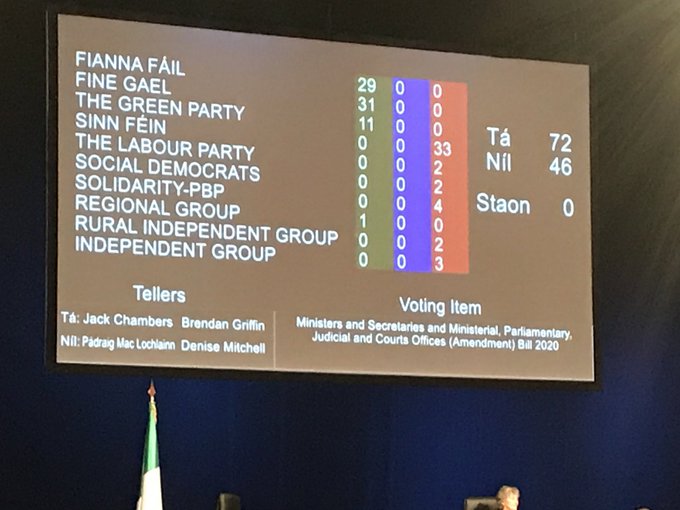 Sinn Féin TD for Mayo Rose Conway-Walsh strongly criticised the government ahead of the vote, saying the “money tree has landed firmly in the circle of greed” between the coalition parties.

She said that these are the people who went home crying every night, because the government couldn’t afford to provide them with the necessary equipment.

“And we sit here and we say that somebody’s getting over 2000 euros a week it isn’t enough for them,” Deputy Conway added. “If it’s not enough for them, there’s other people, that it would be quite adequate for.

“It is absolutely disgusting and everybody who votes for this should be absolutely ashamed of themselves.”