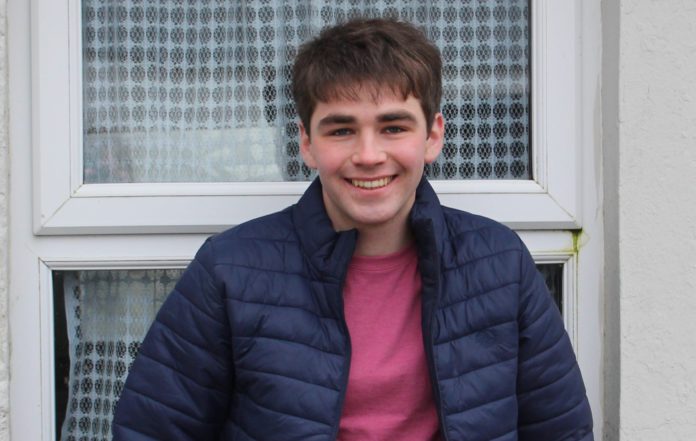 For the next two years, the 21-year-old from Gurtymadden in the parish of Mullagh will serve on the YFG National Executive and the Fine Gael Executive Council – the governing body of the party.

Young Fine Gael’s Árd Fheis was held virtually this year due to COVID restrictions, and Shane said that he is honoured to have received this vote of confidence from the 1,500 strong membership.

“Young people need to have a strong voice in national politics and I will certainly be using this position to urge our public representatives in Fine Gael to listen to and act upon the concerns of young people, both locally in East Galway and nationally,” Shane said.

The Galway man said that the pandemic has been a testing time for people across Ireland – but now that there is light at the end of the tunnel, we need to focus on the future.

“I come from a vibrant rural community which has people you could build a country on and I’m keen to use my voice so that our Government and our public representatives ensure that regions like our own get all necessary investment and supports, in terms of broadband connectivity, social and community development and significantly, support for our farming community; a sector that is facing enormous challenges regarding the new Common Agricultural Policy (CAP), climate emission targets, low commodity prices and EU trade deals,” he said.

“We also need to ensure that we keep issues like rural housing at the top of the agenda, removing the reams of red tape and tackle issues like high insurance premiums for young drivers.”

When Shane founded the East Galway branch of Young Fine Gael in 2018, he chose Patrick Hogan, the Irish Free State’s first Minister for Agriculture and a Kilrickle native, as their figurehead, as he was “a man who was ahead of his time and ensured that the voices of farmers were heard at Government level.”

“Over the coming term, I hope to follow his example and to provide effective leadership for ordinary young people in Ireland.”