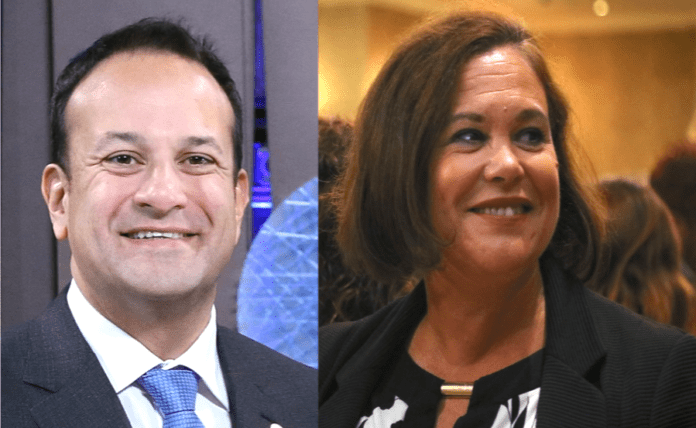 Fine Gael remains the most popular party in the State and Sinn Féin has seen an upsurge in support, according to an opinion poll by the Irish Mail on Sunday.

The poll, conducted by Ireland Thinks, has Fine Gael ahead on 35% (-3), while Sinn Féin has the support of 30% of people, up 4% on the previous poll published on July 19.

11% of people would vote Fianna Fáil according to the poll, down one point from the last poll and 11.2% since the general election in February.

The Social Democrats and Labour both increased their support by one point to 5%, while the poll has Solidarity–People Before Profit at 2% (-1).

Aontú stays at 2% and Independents and others are up 1 point to 7%.

Comparing the general election results to today’s poll, Fine Gael are up by 14.1% and Sinn Féin are up by 5.5%.