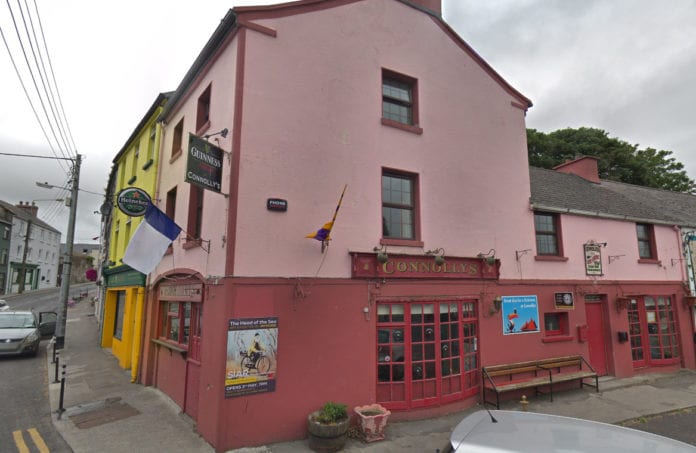 An Bord Pleanála has upheld a decision to grant planning permission for a new restaurant in the centre of Kinvara.

Galway county council granted permission last December to convert the first and second floor of a residential unit on Main Street, Kinvara to a restaurant.

The three storey building lies on the corner of Main Street and Quay Street in Kinvara, with the ground floor occupied by Connolly’s Bar.

This development intends to reinstate the ground floor bar and convert the upper floors of the corner building to a restaurant with seating for 46 people.

The inspector from An Bord Pleanála said in their report that the residential units in question appear to be vacant.

An appeal was lodged against the council’s decision by a local resident concerned about the noise impact from this development as well as public parking and sewage infrastructure issues.

The appellant said that a Noise Impact Assessment should have been submitted to the council as part of the initial application.

A response was submitted by Oliver Higgins, Chartered Engineers on behalf of the developer which stated that requiring a NIA would be “over-zealous” as this is a commercial development in the town centre where such noise is expected.

The response also said that a new sewer connection was likely to be put in to serve the restaurant and that it would be reliant on public parking.

In making its decision An Bord Pleanála took into account that Kinvara is a tourist area and a development such as a restaurant would contribute to tourism amenities in the area.

The inspector also said that the old masonry walls of the building and proposed triple glazing windows would dampen the noise coming from the business.

An Bord Pleanála upheld planning permission with revised conditions including that the restaurant shall only operate between 9am and 9:30pm in the interest of residential amenity, and that the noise level should never rise more than 10dB above the background level.