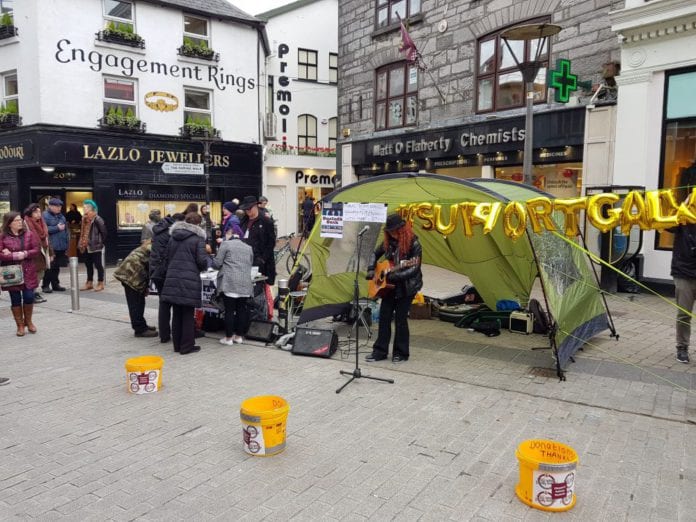 Not long after Galway City Council passed new bylaws restricting busking in the city centre People Before Profit are calling on the council to rethink how culture should be promoted in Galway.

PBP said the busking bylaws are part of a wider trend of cultural spaces being sacrificed for hotel and businesses in the tourist industry.

Local PBP representative Joe Loughnane said “Galway is going to be the European Capital of Culture in 2020, and Councillors have just voted to restrict a huge part of what gives Galway city its character.”

“A city’s culture should be so much more than shops and hotels; it should be about the arts, performing, music, pubs, night clubs, art spaces… I could go on.”

“But Galway City Council seem to be intent on following the Dublin model and stripping the city of those things.”

Loughnane said that tourism is obviously an important part of the city’s economy, “but it should not come at the cost of local culture and creativity”.

The busking bylaws will come into effect from January, banning any use of amplification from use before 6pm, restricting where acts that can attract a crowd from performing, and require performers under 16 to have a parent or guardian present.

Supporters of the bylaws say that they are needed to allow business to take place in the city’s main shopping district on William St, Shop St, Quay St, and Mainguard St.

However the Galway Buskers Community has warned that many buskers will be forced to leave Galway in order to make a living once they come into effect.

People Before Profit have called for an increase in funding for the arts, as well as making NAMA buildings available as public spaces for arts organisations.