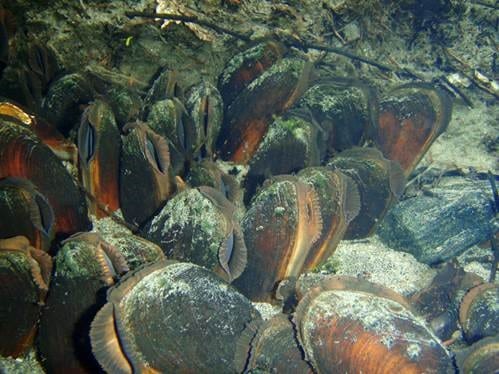 A €10 million scheme has been launched tofund the conservation of habitats of the freshwater pearl mussel including two Galway catchment areas.

The pearl mussel is an endangered species which is only found in near pristine freshwater habitats such as the Owenriff and Dawros in Galway which are included in this scheme.

They have the longest lifespans of any animals found in Ireland, capable of living for up to 140 years.

Pearl mussels play an important role in the waterways, as they are filter feeders and can help maintain the water quality.

However European populations of the pearl mussel have declined by 90% in the past century, and the species is facing extinction.

This programme brings together researchers with local farmers and policymakers to create targeted interventions which incorporated the input and feedback from farmers and landowners.

Launching the scheme, Minister for Agriculture, Food and the Marine Michael Creed said “Protecting our water quality is at the core of this project and improvements made to water quality will not only benefit the endangered freshwater pearl mussel, but will benefit the wider environment for generations to come.”

This programme targets eight Special Areas of Conservation at Blackwater, Caragh and Currane in Kerry, Ownagappul in Cork, Bundorragha in Mayo, Dawros and Owenriff in Galway and Glaskeelan in Donegal and the farmers with land in those SPAs.

Project Manager Patrick Crushell said that the proper management of farmland has a direct influence on water quality, and their team will deliver “high quality farmland habitats that work for the farmers and deliver real socio-economic benefits to the areas concerned.”

Minister Creed concluded by saying that farmers are the “primary custodians of our rural environment” and that the help of the farming community is central to this scheme’s success.