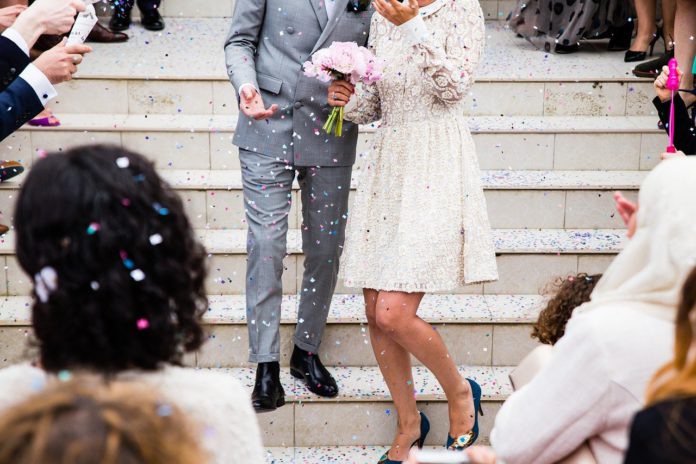 More than 500 weddings took place in Galway in 2020 despite lockdown restrictions forcing many couples to postpone plans for their big day.

New data from the CSO shows that a total of 526 couples married in Galway in 2020 even though ceremonies were limited to a small number of guests for much of the year.

The groom was older than the bride in 61.9% of marriages last year and over 50% of grooms were over the age of 35 on their wedding day. 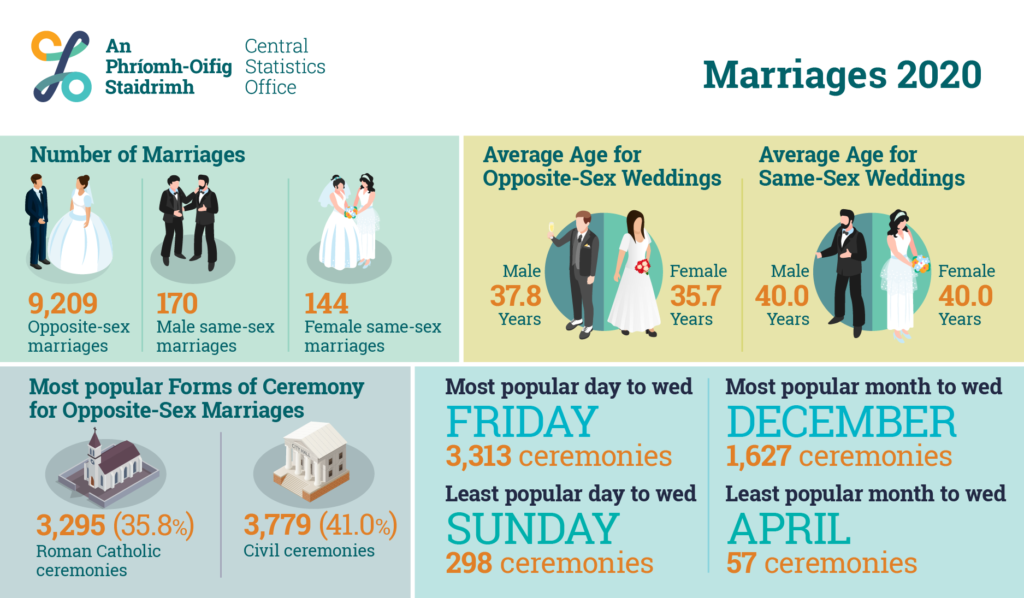 Religious ceremonies accounted for just over half of all marriages across the Republic. There were 3,295 (34.6%) Catholic marriage ceremonies and 114 (1.2%) Church of Ireland ceremonies.

Of the 109 opposite-sex marriages in Galway City, 61 couples opted for Catholic ceremonies. There were 19 civil marriages, one Church of Ireland wedding and no Presbyterian ceremonies.

In the Galway county, 159 opposite-sex ceremonies were Catholic and 202 were civil marriages.

Civil marriage ceremonies accounted for 228 same-sex marriages (72.6%) across the State, followed by The Humanist Association of Ireland with 38 or 12.1% of ceremonies.