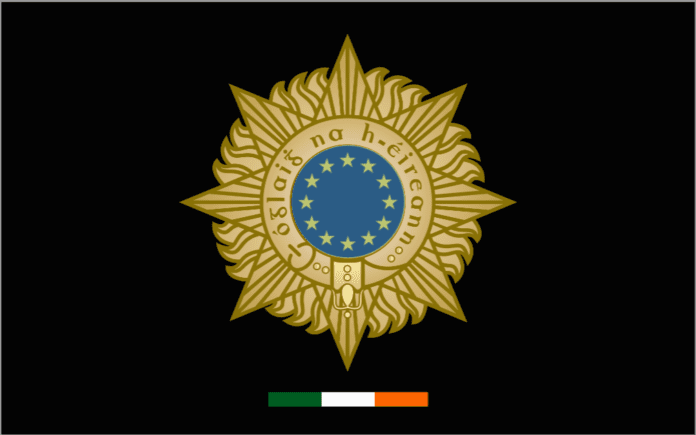 There’s been a lot of talk about something called PESCO and whether it breaches the Irish constitution or the concept of neutrality.

What is Irish neutrality and what does the Irish constitution say about it?

On the first one, a series of laws make it more difficult for Ireland to participate in missions and any peacekeeping activity overseas has to be confirmed by a so-called Triple Lock of resolutions from the UN, the Dáil and the Irish government.

On the second point whether warring parties can count on the support of the Irish government or use Irish territory. Traditionally, this has been considered as something Ireland would reject, but it happened during the Iraq War when US planes and personnel passed through Ireland.

That led to a legal case brought by anti-war activists where the Supreme Court of Ireland actually found that there’s no strict terms of Irish neutrality in the constitution that would prevent Dublin from permitting foreign forces passing through.

It is a matter of choice for individual Governments rather than a matter of binding statute. Enda Kenny said that “Ireland is not neutral, but merely non-aligned”.

However there is one other part of the constitution relevant to this and it refers to the rapidly growing area of EU Defence.

The constitution says that Ireland will not join the EU’s Common Defence when it’s created.

However, Ireland is committed to Common Security and Defence Policy including a mutual defence clause called Article 42.7 which calls on Ireland to use all means at its disposal to support another EU member state in need of military assistance.

It’s difficult to see how Ireland having joined all those joint defence projects is neutral or even in control of its own defence policy. For example, they all entail Irish funds being put into a defence industrial capability and defence research. The capability side is designed to create the possibility of jointly-held military assets.

Therefore, according to recent EU Council agreements, Irish taxpayers will at some point very soon be funding assets that can be used by a core of EU states whether or not the Irish government approves. This will be via direct contributions to the EU budget and via the Irish investment in the European Investment Bank which has been earmarked for providing financial stimulus to the EU’s European Defence Fund.

The latest twist in the saga is that in March 2018, MEPs from the ruling Fine Gael party have published a policy document spelling out how Ireland should do more to support the emerging European Defence Union. The document, called ‘Defending our Common European Home’, is straight from the EU Commission playbook.

It calls for Ireland to ‘redefine’ its concept of neutrality and amend the ‘triple lock’. It calls for increased defence spending, a focus on defence industrial development and for Ireland to plug into the EU’s growing intelligence hub known as the Single Intelligence Analysis Capability (SIAC). It’s already receiving mixed reviews but many opponents will be unaware of how far they have already been committed.

Let’s look at PESCO, the most recent Irish Government commitment, as an example. PESCO is the forerunner of a single military because it is the mechanism that locks member state militaries together. It is the military equivalent of the Exchange Rate Mechanism which put currencies together before the creation of the euro.

Imagine if a member state said it was never going to join the euro, you would think the last thing it would do is join the Exchange Rate Mechanism to harmonise its currency.

This is defence equivalent of what Ireland has done.

One of the primary objectives of PESCO is to bring member state defence activities and investment into coordination. It is difficult to imagine that Ireland, with a much higher GDP per capita than the average of EU states would be permitted as a member of PESCO to get away with spending so little on its defence.

Ireland’s high GDP per head in spite of the size of its bank bailouts from the EU would suggest the EU will have something to say about how much Ireland contributes relevant to EU defence finance.

At present, Ireland spends about 0.3% of its GDP on defence when many EU states are either reaching or striving to reach the NATO minimum of 2% of GDP. Even if Dublin chooses not to do spend more, Ireland is likely to be asked for a greater contribution to the overall EU budget (and therefore defence) to compensate for the high productivity / low defence spend.

The EU is building disincentives into its PESCO and EU defence structures by tying defence and foreign policy to industrial interests. Although Ireland has a very small defence industry, its other industries can all be engaged in the ‘dual-use’ component of the EU defence landscape, namely: telecoms, chemicals, data processing, medical equipment, transport and logistics. (Dual-use refers to industry and technology that has civilian and military application.)

The single mitigating point about all of this is that Ireland has a veto as a part of PESCO and in defence decision making at EU Council. Any decision can technically be blocked, but would an ultra pro-EU administration in Dublin like that of Leo Varadkar wish to stir opposition? Would an Ireland still in debt to the EU and ECB be so bold as to oppose a joint EU resolution?

Would Ireland oppose an EU project if Ireland itself has very little military commitment to it?

Would Ireland oppose an EU military resolution if it meant Ireland might be invited to leave PESCO? (Member states can be invited leave PESCO if they are felt not to have fulfilled expectations. This would be injurious to industrial incentives provided to participating member states under PESCO?

What’s more, any EU resolution on military action is likely to be carefully sold to the Irish public as a peacekeeping mission. Therefore, would there be sufficient inherent political risk to prevent an Irish leader supporting such a resolution?

It’s easy to imagine all these would be answered with a ‘no’, paving the way for Irish participation even within the constitution. i.e. No veto applied.

On 4., continued PESCO membership will be incentivised by increasing industrial participation of Irish companies in EU defence strategy. As this also means leaving is disincentivised, Ireland would want to avoid a situation that caused upset in policy terms and would arguably be more likely to adhere to the EU Council group vote in future.

There is also scope within Irish law for Irish citizens to serve in the Armed Forces of other nations.

Provided that the decision for belligerent action is not taken by Ireland then it’s perfectly possible for Irish personnel to be deployed, for Irish-bought equipment to be used and even for a pro-EU Irish leader to permit the use of Irish installations.

This is even before one considers that the EU is incrementally closing off scope for individual action and opposition by member states. Jean-Claude Juncker’s State of the Union speech of September 2017 advocated the removal of qualified majority voting by member states in the realms of foreign policy. If vetoes are removed in foreign policy, this means the area of policy that informs defence policy can no longer be challenged by a single member state.

Where will Ireland be in 10 years’ time?

Ireland will be in a position where it:

Equipment is joint-owned by EU Council

Ireland is not deciding to be a belligerent.

However, the EU will take the view ‘that’s fine’. This scenario will work for the EU because: a) defence is becoming much less of a member state competence and an EU Council one instead; and b) the EU is still technically using Ireland’s people and money while the state itself is taking no part in the decision to be a belligerent.

Ireland’s decision to remain neutral arguably would become simultaneously more possible and less irrelevant as defence has become a central EU rather than a member-state competence.

Once there has been ten years of contributing money and people to a European defence industrial complex and you have a generation of European soldiers coming home to Ireland, the idea of Ireland retaining its neutrality will be seen as somehow undermined. Ireland would arguably be closer to the point where the constitutional block on Common Defence could be quietly dropped by a pro-EU leadership.

These are the questions Irish voters need to ask themselves and their elected representatives regarding EU defence: