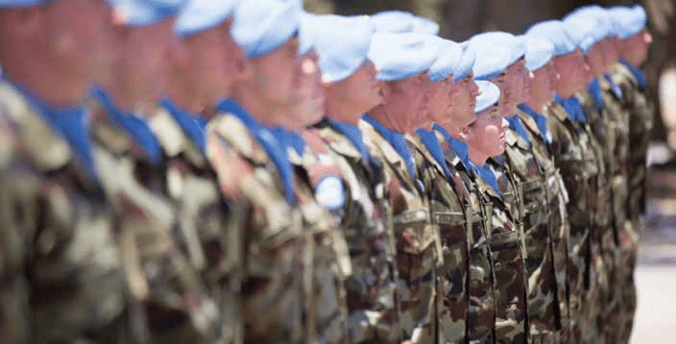 The document, signed by all four Fine Gael MEPs, says that the party doesn’t want a more militarised Europe, but that they believe that PESCO and the emerging European Defence Union allows for the opportunity to spend better on military.

While it states clearly that they do not support the creation of a European Army, some Irish MEPs have criticised the tone of the document – Matt Carthy MEP said that it “exposes their extremist and dangerous far-right position on European security.”

Defending our common European home gives the following ten recommendations for the future of European security.

1. Support the development of a European Defence Union

The first recommendation states that if the current debate on a European Defence Union leads to some form of mutual defence pact within the EU, we should consider joining it. If this comes about, a Referendum will be held before Ireland joins.

2. Redefine the concept of Irish neutrality

This relates to the word ‘neutral’ and suggests a more accurate description of ‘Independent Non-nuclear Defence’.

In other words, a position on security and defence that is open to active engagement in international security operations but non-militarily aligned.

This refers to the need for a UN authorisation, a Government decision and Dáil vote before the deploying of Irish troops abroad on peacekeeping missions.

Fine Gael believes that there should be greater flexibility in how the Irish Defence Forces may be deployed
internationally in times of crisis or natural disaster.

They want to see a ‘Triple Lock’ with a fail-safe option which could be used in exceptional circumstances when UN approval is blocked – or change this to “UN authorisation or EU council decision”.

They say that all Member States face similar security threats so they should work together to protect each other.

Irish defence spending is the lowest in the EU at 0.3% of GDP.

Fine Gael say it is time to discuss whether we think security and defence matters should be given higher priority and longer-term planning and to consider how those plans might be advanced through EU membership.

This refers to our’ failure to embrace intelligence gathering and sharing’ which Fine Gael believe is weakening our intelligence capability, as there is no clear line for our EU partners and external agencies to interact with one central agency or point of contact.

They want to see the creation of a security and intelligence unit which could advise and report to government on and interact actively with other European stakeholders and partners.

Fine Gael believes as a priority that one of the first joint approaches in the area of cyber security needs to occur at an EU level.

In the area of joint planning and joint research between Member States, cyber security provides an appropriate area for much more EU cooperation and funding.

“A National Security Council (NSC) should be established with a statutory responsibility to report and reassess, on a bi-annual basis, the threat analysis, while identifying the gaps in our ability to respond and specifying the funding and resources required to address this.”

The EU is investigating innovative funding mechanisms to support security and defence research in the face of declining national defence budgets so as to deliver capability and support industry.

From 2020, it is anticipated that up to €5 billion of EU funds could be devoted to defence spending annually, through a new European Defence Fund.

This recommendation again refers to Sweden, and also Switzerland and Austria, which are all neutral and have substantial defence industries.

10. Assess the implications of Brexit and plan for Ireland’s post-Brexit security and defence policy

And of course, Brexit. They believe that our existing structures and bilateral arrangements with the UK must remain strong, planning for a post-Brexit security and defence architecture that continues the close cooperation between Ireland and the UK.

This, they say, should include an assessment of the implications of Brexit on the security situation in the North of Ireland.

As a ‘discussion document’, the ten recommendations outline Fine Gael’s views on the future of European defence. But it says that it is a debate for all political parties in Ireland and especially the parties that believe in the European Union and our solidarity to each other.

But Sinn Féin MEP Matt Carthy harshly critised the document, saying: “What is crystal clear form today’s publication is that the Fine Gael MEPs are seeking to tear up Ireland’s long-standing and proud position on military neutrality.

“They have also openly embraced a dangerous far-right position on security with the proposals at the core of this paper. They are now clearly extremist on this issue.”