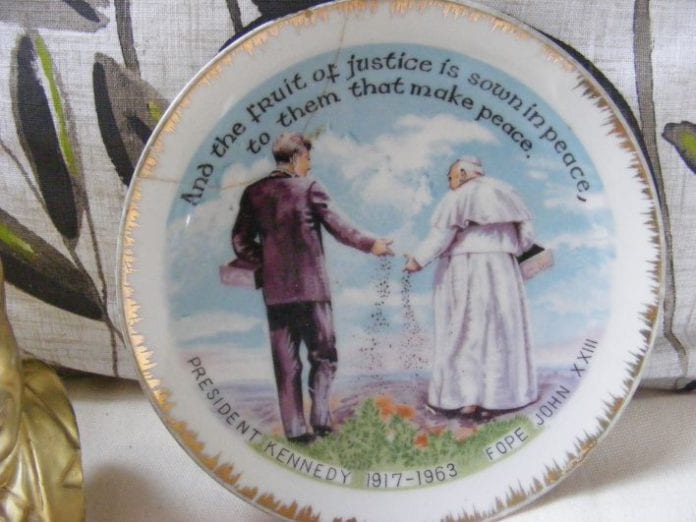 Everyone has something interesting lying around the house.

And the National Treasures roadshow is your chance to showcase those interesting objects when it comes to Galway in three weeks.

The National Treasures is a campaign to crowd-source everyday objects that explore the history of the island of Ireland over the past 100 years.

They are asking the public to bring along any interesting objects they might have, to be assessed by professional historians at the roadshow event on October 8th in the Radisson Blu Hotel.

In association with RTÉ, the National Museum of Ireland and the Broadcasting Authority of Ireland, they are attempting to create a a digital archive of historical objects.

This would be a unique tapestry of modern Irish history, one that emphasises the voices of ordinary Irish people.

An example of the kind of object they are looking for is the milk bottle from Italia ’90, which was featured on last weeks Late Late Show.

The roadshow believes that the simplest object can be a trigger for an amazing piece of social history and significant cultural value can be found in the strangest items.

Members of the public are being asked to come along and those with an interesting object will have a chance to join the team on RTÉ ONE next year. They’ll also have a chancet to have their object included in the exhibition.

If you have an interesting object, you can add it here

The roadshow will swing by Galway city on October 8, from 10am to 5pm, in the Radisson Blu Hotel.