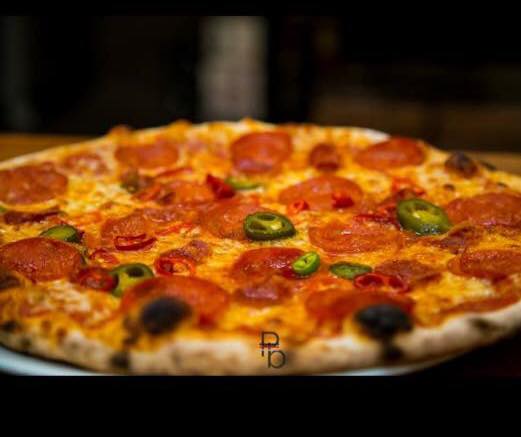 There seems to be no end in sight for Galway’s thriving food and drink scene.

From Eyre Square to Shop Street and around the Spanish Arch, tourists and Galwegians are spoilt for choice.

And then there’s the hidden gems tucked away in side streets which are rarely mentioned but have the most loyal customers they could hope for.

Here we’ve put together a list of the five best restaurants which serve fast food or affordable grub that you don’t need to change into a suit or dress to enjoy.

This family-run business was established in 1902, and 115 years later, it’s still going strong. To be honest, there was little between McDonagh’s and Vinnie’s, and some other greats have also somehow not found their way onto this list. ‘Tis the way of the world, we’re afraid.

McDonagh’s all started with Colman McDonagh, or Cogar as he was known, moving to Quay Street in Galway City from Carraroe in 1902. Cogar raised his six children there and his son Coley took a great interest in the business.

Later, Coley and his wife Margaret took over the business and also raised their children on Quay Street.

This is probably the most controversial inclusion in this list, but we couldn’t leave it out. The first Supermac’s opened its door in 1978 on Main Street, Ballinasloe, Co. Galway, and since then, it has almost become an institution on Eyre Square.

Hey @Beyonce – you should have told us you were a @TribesmenGAA fan! We would have sorted you out with tickets for the All Ireland Final! 🏆🎟 pic.twitter.com/z44ccU0Q06

Supermac’s restaurants have also become a firm fixture in most towns and cities around Ireland.

Today Smacs is the largest indigenous fast food restaurant group on the island with a policy of continued expansion and growth. And like all good things, it all started here in County Galway.

With its quality Asian street food, Papa Rich has developed a loyal following by serving up an array of dishes from different Asian cuisines, with spice levels spanning from one to four flames.

There is no shortage of options in this great restaurant, and all dishes can be enjoyed for less than €10 in Papa Rich.

The restaurant also made it onto the the Irish Independent‘s top 50 World Restaurants list, with four other Galway gems, which equally deserve to be on this list.

In a way, Boojum is the opposite to Papa Rich. At this Mexican style restaurant, they have decided to focus on just a few dishes. And to do them perfectly.

Boojum arrived on the scene in 2007 and has since become a favourite with students and Galwegians.

It is a casual Mexican burrito bar and the menu is simple, focusing on burritos, tacos and a small number of other traditional Mexican street dishes.

Top of the tree is Woozza, and it deserves to be there, unrivalled and unchallenged.

Again, like Boojum, Wooza succeeds due to its simplicity and focusing on perfecting thier craft: in this case, wood fired pizza.

The artisan takeaway is located on 14 sea road in the heart of Galway’s west end and delivers the best pizza in the city.

Galway is not short of great pizzerias, and it has its share of poor ones too, but Wooza’s competitors are less traditional and pizza should always be traditional (and minimalistic).

Caputo flour is used for the bases and thier side orders ain’t bad either.

5 Financial Resolutions You Can Achieve in 2023