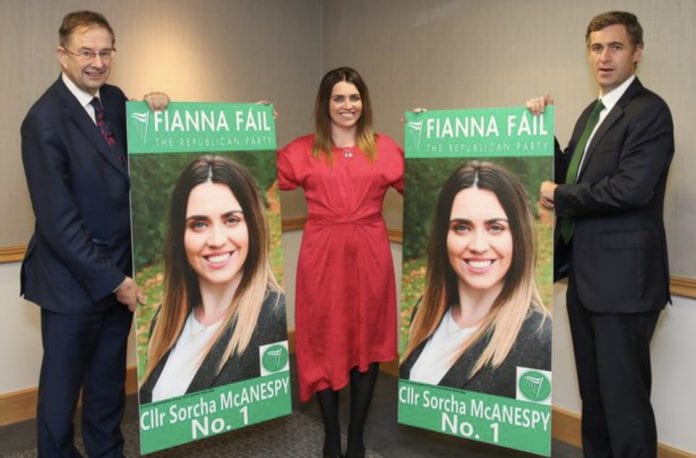 Galway West TD Éamon Ó Cuív has been at the centre of a strange series of events in which a Fianna Fáil candidate was announced to contest local elections in the North, before Fianna Fáil HQ denied that any such decision had been made.

Independent Councillor Sorcha McAnespy was unveiled yesterday as the party’s first ever election candidate north of the border and was pictured with her election poster alongside Éamon Ó Cuív TD and Senator Mark Daly.

But bizarrely, Fianna Fáil’s official Twitter account quickly tweeted saying that no decision had yet been made as to whether the party will be fielding candidates in the North.

Despite some reports, the party has made no decision with regard to contesting the 2019 NI local elections. The party is continuing its discussions with the SDLP.

President of Ogra Fianna Fáil Ian Woods replied to Fianna Fáil’s tweet, saying: “I was at the National Executive Meeting where Cllr McAnespy was informed by Micheal MartinTD that she would be running as a Fianna Fail candidate.”

It remains to be seen as to whether there will be consequences for Éamon Ó Cuív and Mark Daly for contributing to the fiasco.