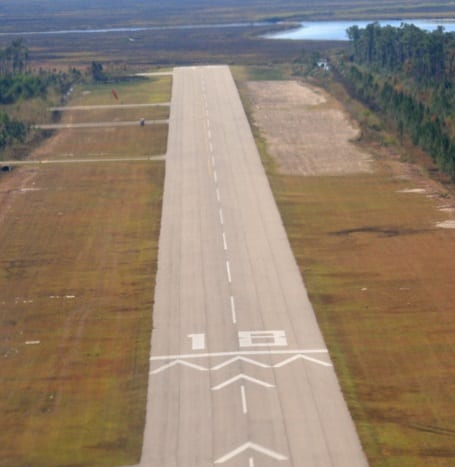 The government has been criticised for not having a plan to make use of Cleggan and Inishbofin airstrips the way they were intended.

Galway West TD Eamon Ó Cuív said that when the new contract for an Aran Islands air service is issued in the autumn Inishbofin should be included in the service 3 or 4 times a week.

“This would include a service linking Connemara Airport to Cleggan and to Bofin, giving the people and visitors to Inisbofin, a choice of leaving from or arriving at either Connemara Airport or Cleggan coming and going to and from the Island.”

The airstrips on Inishbofin and Cleggan have been sitting unused for years despite costing more than €10 million to develop in the first place.

It was announced in 2013 by Joe McHugh, who at the time was the Minister responsible for the islands, that the government planned to sell off both airstrips due to the recession.

However those plans went nowhere, and in the years since then private company Bainistíocht Aerfort Teoranta has been paid more than €3 million to manage them.

Minister of State for the Islands Seán Kyne said earlier this year that he would like to licence them for private use, but the Cleggan airstrip has a Public Service Obligation on flights from it attached to its planning conditions.

This poses as challenge as a PSO would require government subsidies Minister Kyne said, though talks with the county council were expected to take place this year with a view to resolving this issue.

Deputy O Cuív said, “The Minister indicated that he intends to sell a small section of the site of the airstrip in Inisbofin to the HSE, with a view to locating a Health Care Centre there.”

“While I welcome the progression of the Health Care Centre on Inisbofin and appreciate that it will be developed in such a way as not to prejudice the potential future use of the airstrip, this is incidental to the original purpose for which the airstrip was provided.”

According to Deputy Ó Cuív with airplanes and other parts of the air service already in place at Inverin Airport there would only be a minimal increase in cost to provide a service to Inishbofin.

He added that Inishbofin and the other islands need 21st century services to stop them from decaying and losing out on their potential.

“Our Islands provide for Ireland, a shop window that many people associate with the core of our natural heritage, our culture and a way of life that has disappeared in many other places,” concluded Deputy Ó Cuív.

The Connemara Chamber of Commerce has also voiced its opinion that both airstrips should remain in public ownership, adding that on top of their transport and tourism potential, they could be of great support to the Coast Guard and Rescue helicopter services.