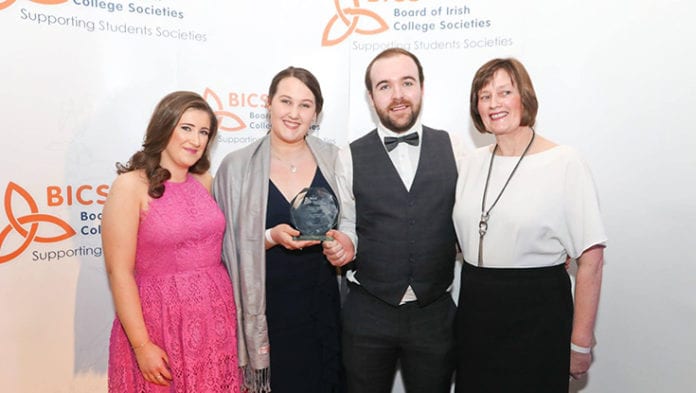 It’s been a very good year for student societies at NUIG, with awards piling up on the shelves at the end of the academic year.

NUI Galway has over 125 student societies with over 1,000 committee members and 12,000 members in total.

Riona Hughes, Societies Officer at NUI Galway said that it’s been a “bumper year” for societies with over 3,000 events organised and numerous awards won.

“They have invited the wider community onto campus and engaged with partners throughout the world, it is a joy to see their efforts rewarded at a national level.”

NUI Galway now currently holds the record for the most awards since the BICS’s Awards inception with 50 awards won over the past 19 years.

The Drama Society (Dramsoc) won a record-breaking six awards and received a further 18 nominations at ISDA 2019.