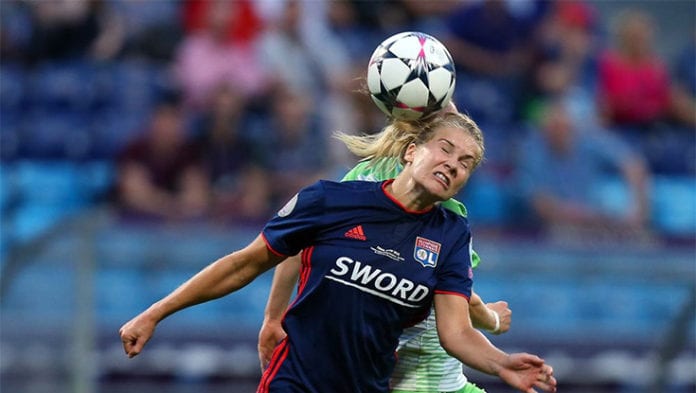 There really is no safe way to take a massive blow to the head is the conclusion of a new study which found that taking a hit to the side of the head is just as damaging to the brain as a frontal impact.

A joint research team from NUI Galway and UCD has measured the effects of rotational acceleration (side impacts) on the head and brain such as those experienced in football headers, boxing hooks and side impacts.

They found that the damaging stretches and strains of the brain from such impacts were just a damaging as from whiplash or taking a blow head on.

Dr Valentina Balbi led the study from NUIG, with co-authors Professor Michel Destrade, School of Mathematics, Statistics and Applied Mathematics at NUIG, and Dr Aisling Ní Annaidh and Dr Antonia Trotta from the School of Mechanical and Materials Engineering, UCD.

Large motion is the name given to the traumatic physical process the brain undergoes when it is accelerated violently by an impact, even something as innocuous as a football header the research would suggest.

When that happens the brain is subject to pressure, stretching, shearing and twisting which can impair neurons and lead to concussion, brain injury and even permanent damage.

Though much research has focused on the effects of frontal impacts, the fact is that traumatic car accidents and sports injuries are just as likely to feature side blows, which haven’t been as heavily examined.

Similarly, for many football headers, or for uppercuts in combat sports, these also involve rotations of the head about the vertical axis, or tilting from one side to the other.

Frontal impacts are expected to create large stresses and stretches in the direction of the impact.

This research shows that side impacts create pressure and forces that are just as strong in all directions, which could have grave implications for traumatic brain injury.

Mark Ganley is the CEO of Contego Sports, a company that manufactures the rugby headgear that is designed with protecting the brain in mind.

He said that they are “keenly aware” of the danger of head impacts and that “this research confirms my intuition that it is crucial to protect Rugby players from side impacts as well as from frontal impacts to the head.”

He added that “In my experience, they are just as likely to lead to concussion or mild traumatic brain injury.”

For this study the researchers at NUI Galway and UCD measured the twisting properties of brain matter using advanced torsion techniques.

They then fed the data into computer simulations of a rotational acceleration of the head, typical of a boxing punch.

Commenting on the findings, Dr Balbi, said “We found that large shear forces develop in the horizontal plane, as expected.”

“But we also found that a high-pressure level and large vertical forces also develop in the brain, especially in the frontal cortex, as a result of the twisting motion.”

The full study was published this week in the international scientific journal Soft Matter.