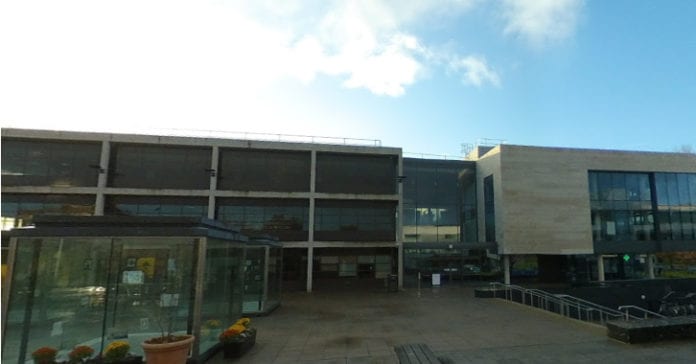 The vast majority of students at NUI Galway are saying that the university’s library building just isn’t up to scratch.

While students had plenty of positive things to say about the library staff and resources during the annual LibQual survey, 85% of comments about the physical space were negative.

Students highlighted that it was cramped, poorly laid out, and without enough bathrooms or electrical sockets.

There were also concerns about the building’s heating, lighting, and ventilation.

Writing for the Irish Times, editor of NUIG’s SIN student newspaper Áine Kenny said that the level of investment in NUI Galway’s library is in sharp contrast with other universities.

The James Hardiman Library was first built in 1973, and has been extended three times up to 1999 according to University Librarian John Cox.

While some smaller recent improvements have been made, six other universities in Ireland have invested at least €20 million each in the last 10 years to either extend, or replace entirely, their libraries.

A feasibility study carried out in 2014 came with a detailed plan for completely transforming the library to something fit for modern needs.

However the study estimated the cost of this project would come to €25 million, and so far the university has not acted on this plan.

NUI Galway’s Registrar and Deputy President, Professor Pól Ó Dochartaigh said that NUI Galway’s difficulty in acting on these plans is because its been unable to identify a source of funding for the €30 million plus the project would require.

The new Human Biology building, which opened this year, cost a similar amount and was to-thirds paid for bu university sources with the state covering the rest.

The university was responding to a request from the HEA about what the main funding requirements were at HEI’s, but so far no money has been released.