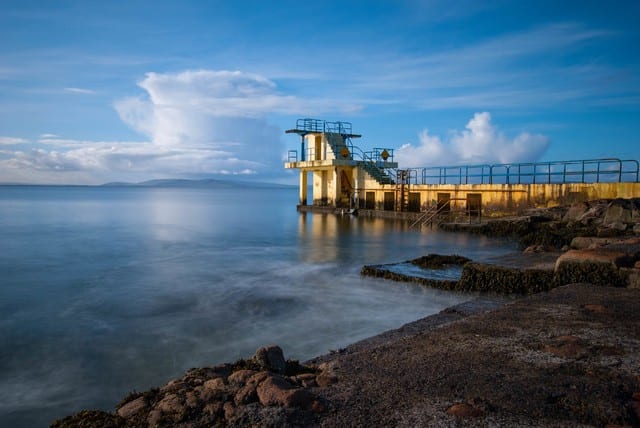 A group of six students at NUI Galway broke with the usual Movember trend, and raised €6,000 by jumping in the ocean.

The Irish Independent reports that for the past month six students from NUI Galway have been taking a frigid dunk in the Atlantic to raise money for charity.

Eoin Ryan, a 22-year year old medicine student in his third year at NUIG said that when a friend told him about Movember he was interested in taking part.

But he didn’t think that he’d be able to grow a mustache.

Instead Eoin and five of his friends age between 21 and 23 dived into the ocean of Blackrock pier in Salthill once a day all through this last frigid, stormy month.

Which I think we can all agree is a much easier option than letting hair grow.

Barney McElroy (21) from Monaghan, Donal Shanley (23) from Wexford, Conor O’Malley (21) from Mayo, Colm O’Donnell (21) also from Mayo and Carl Glynn (23) from Clare faced a number of challenges in their chosen task.

For one thing the weather hasn’t exactly been co-operative for the past few weeks.

Eoin admits that the weather could be a tricky issue as they came down to Salthill every morning between 7:30 and 10am.

Sometimes they would have to run into the ocean off the beach rather than diving off Blackrock pier depending on the tide.

Also an issue for these students were exams and other college work, but a dip in the sea can be just the pick me up you need Eoin said.

Other people started joining them on their morning odyssey according to Eoin, including Connacht Rugby stars Peter Claffey and Craig Ronaldson.

Eoin said he just wanted to do something to something to promote men’s health, with high rates of suicide because people won’t talk about their mental health.

And about the importance of having a conversation about testicular and prostate cancer no matter how uncomfortable, because early diagnosis is essential for your chances.

With Movember now ended, the group are in talks with the college to repeat this challenge next year.