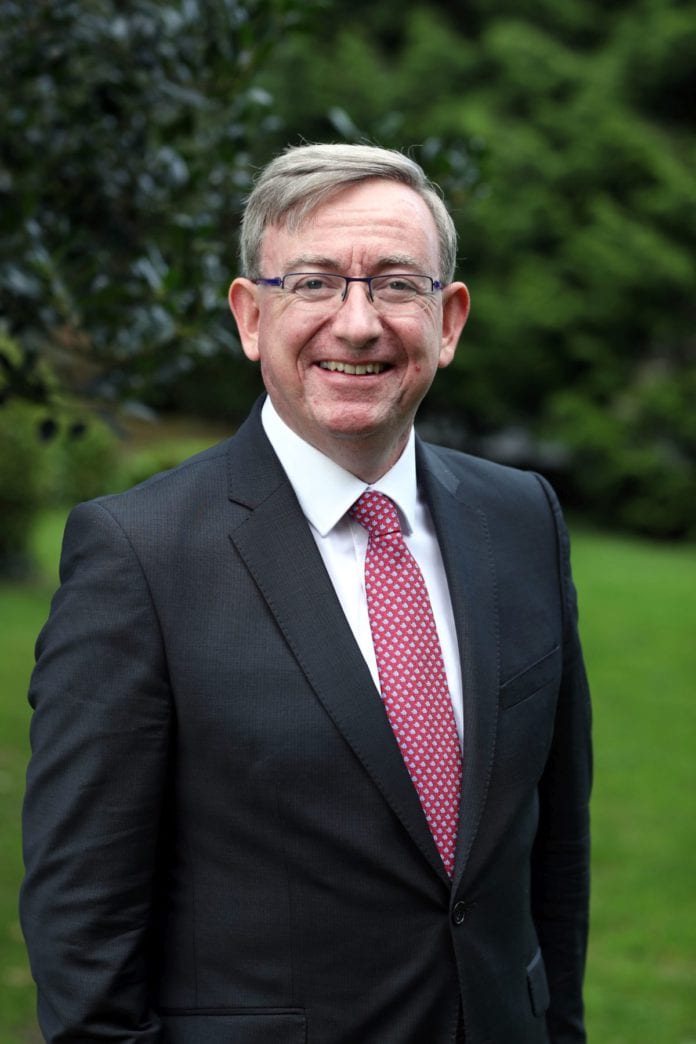 The university today announced that Professor Ciarán Ó hÓgartaigh has been appointed its 13th President with effect from January 2018, with Ó hÓgartaigh saying that he is “honoured” to be given the role.

Professor Ó hÓgartaigh will succeed Dr Jim Browne at the conclusion of his ten year term.

Ciarán has also worked in academic leadership roles in Victoria University of Wellington, New Zealand and in Dublin City University.

Speaking about the appointment, Ms Justice Catherine McGuinness, Chair of NUI Galway’s Governing Authority said: “At the outset, we sought a leader who can build on the significant achievements during Dr Jim Browne’s tenure and inspire NUI Galway’s staff and students to take this remarkable University to new heights.

“With a track record of leadership and achievement nationally and internationally, Professor Ciarán Ó hÓgartaigh brings both the necessary experience and vision to this role and I look forward to working with him as we chart the next stage in the University’s journey.”

Current President of NUI Galway, Dr Jim Browne,  said that Professor Ó hÓgartaigh will bring a “wealth of academic leadership experience” as well as a proven track record in internationalisation.

“I welcome Ciarán to NUI Galway and wish him the very best in leading our terrific staff and students into a bright future where they can fully realise their ambitions,” Dr Browne said.

Professor Ciarán Ó hÓgartaigh said: “I am honoured to be appointed President of my alma mater, NUI Galway.

“Given its unique heritage and hinterland, the quality of its people, and the strength and depth of its research and student experience, NUI Galway is exceptionally well-placed to further enhance its reputation and reach both nationally and internationally.

“I look forward to coming home to the ‘town and gown’ which shaped me and to working together with my new colleagues in the best interests of our students and our society.”