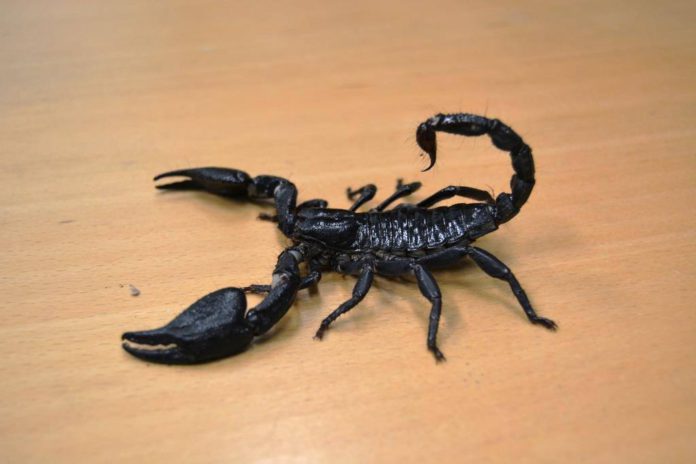 Scientists at NUI Galway have shown, for the first time, that smaller species of scorpions are more venomous than their larger counterparts.

The researchers tested the theory from Indiana Jones which warned of the dangers of small scorpions, and that “when it comes to scorpions, the bigger the better”.

While it may have simply been a throwaway line from a film, the research shows there is truth to it.

The team of scientists at NUI Galway’s Ryan Institute put the quip to the test by analysing 36 species of scorpions to show that larger scorpions have less potent venoms and really are better in terms of avoiding a nasty sting.

The results of the research have published in the international journal Toxins.

It shows the smallest scorpions in their analysis, like the Brazilian yellow scorpion, were over 100 times more potent than the largest species they studied, such as the rock scorpion.

The potency pattern was not just about body size, but also pincer size.

Dr Kevin Healy, Lecturer of Zoology at NUI Galway and senior author of the study, said that outside of entertaining movie trivia, there are good evolutionary reason to expect the results and important medical implications for such patterns”

“When we look at the most potent, and dangerous, scorpion venoms we find they tend to be associated with species such as the deathstalker which are relatively small.

“In contrast, the biggest species such as rock scorpions have venoms that are likely to only cause slight pain.”

“While species such as large-clawed scorpion might be small to medium in size, they mainly rely on their large pincers instead of their relatively weak venom.”