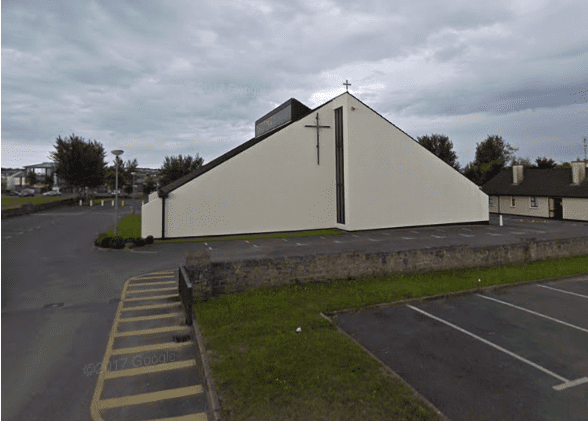 Approval has been given for an extension to the Sacred Heart Church on Seamus Quirke road to use as a Funeral Parlour.

The Funeral Parlour will be a single storey extension from the western side of the church as it is now.

It’s also proposed that the extension will be used as a meeting room/office space with kitchen and bathroom facilities.

Six car parking spaces currently serving the church that would be covered by the extension will be relocated on the same site.

Under the City Development Plan places of worship are required to have one car parking space for every ten seats.

But since this extension supplements the church’s services rather than bring in more people, city planners say there’s no need to add any additional parking spaces.

Planner also took into consideration that the church is on one of the city’s main bus routes.

The extension will be 76m² in size, bringing the total floor space of the church building to 890m² after construction is completed.

The Sacred Heart Church can be found roughly halfway between the Browne Roundabout and Westside Playing Fields, next to the library.

Fr Kevin Keenan submitted the application for renovations to his church back in June, and approval was granted by the city council last week with five conditions attached.

The city planners’ report acknowledges that the design for the extension respects the character of the existing church and its surroundings.

But one condition of approval is that any external finishes to the extension, and the colour of its roof, must match the church building.