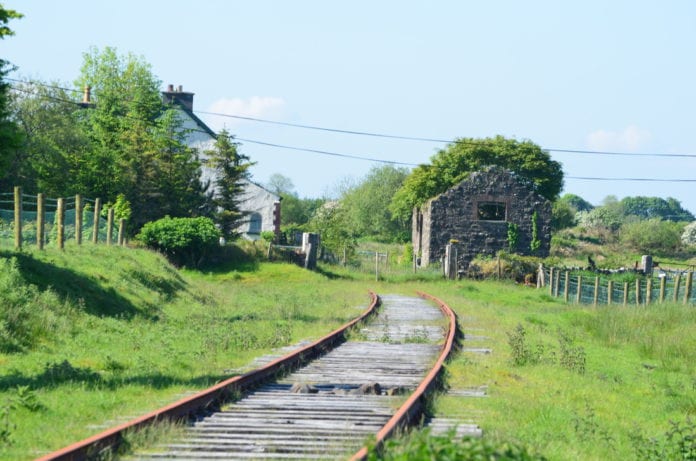 A petition to convert a disused railway line running from Athenry to Cooloney in Sligo into a greenway has passed 20,000 signatures for the first time.

The Sligo to Athenry rail line closed over four decades ago with, and has been sitting unused ever since.

Thw Western Rail Trail Campaign believes that the best usage of the old line is as a greenway to promote tourism to small towns along its path, and for the leisure of locals.

Brendan Quinn, founder of the Western Rail Trail campaign said that he’s delighted with the level of support it’s received.

“It’s not often you put a case into the public domain and you can say 20,000 people agree with you,” he said.

The Western Rail Trail is in many ways three separate campaigns, with three local authorities and many communities along the way in Galway, Mayo, and Sligo, to get on board.

“The campaign in Galway is getting very active,” said Mr Quinn, “The Galway section of the route is being branded ‘The Quiet Man Greenway’, a reference to the iconic Ballyglunin railway station and it’s movie history.”

Two public meeting will take place in Galway next week to discuss the future of the greenway campaign and the benefits they say it will bring to local communities.

One will take place at the Raheen Woods Hotel in Athenry at 8pm on August 21, with a second meeting for businesses in Tuam at the Correlea Hotel the next day, August 22 at 6:30pm.

“What we can say at those meetings now is that there is overwhelming support for this campaign from the public,” Mr Quinn said, “This is such a great opportunity for Athenry, Tuam and East Galway as well as Mayo and Sligo.”

“It is a great to see the Galway campaign really picking up and we hope that Galway county council will come on board and support The Quiet Man Greenway so that the council can apply for Greenway funding under the Department of Transports new national Greenway Strategy.”

Objectors to the greenway have cited either the project’s potential cost, or have focused on re-opening the rail line.

Galway East TD Sean Canney has been firmly opposed to the Western Rail Trail greenway, and together with several county councillors previously blocked a feasibility study from being carried out.

Other local representatives have dismissed the possibility of the rail line re-opening, with Junior Minister and Galway East TD Ciaran Cannon saying there will not be any trains on the Western Rail Corridor in our lifetime.

He said that local rail lines like Ennis to Athenry were losing money every week because of low demand.

Deputy Cannon is an advocate of the greenway, which he claims only “a small cohort” of people are opposed to.

Brendan Quinn for his part believes that a creating a greenway along the path of the rail line would actually be beneficial for people who would like to see it re-opened in the future.

If there is demand in the future, he says, then the route will have been protected and the line can be rebuilt, with the greenway running alongside it.