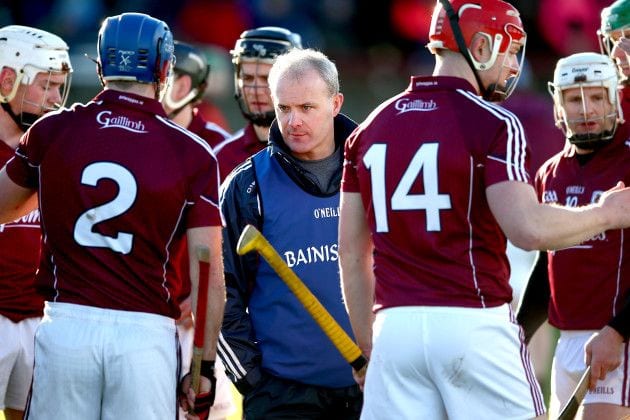 After bridging a 29-year gap in 2017 to beat Waterford 0-26 to 2-17, it’s Limerick who present the opposition as they aim to keep the MacCarthy Cup in Galway.  But the Shannonsiders won’t be lacking determination as they haven’t tasted success since 1973.

Despite failing to make the Munster Final, John Kiely’s team have bounced back with wins over Wexford and Cork to take their place in hurling’s showpiece.

But while not discarding the serious challenge awaiting them, Donoghue feels his team are now comfortable competing at the highest level, something he wanted to achieve when he took the reins before the 2016 championship.

“It was one of the big rocks for us when we took the job that we wanted to be competing at the highest level as much as we could,” said the Clarinbridge man to Cian O’Connell from gaa.ie.  “It was paramount that we got massive connectivity and structures between the team.

“We had that strong relationship with Tony Ward with the Under 21s, and even going down to the Under 17s with Jeff Lynskey. We are all on the same page and we are working towards the same thing.

“I have eluded to it many times, the lads are well experienced.

“I think for us maybe with the new structure and everything starting earlier, and with the way the year finished for us and the break and so on, getting back into it probably took us a bit longer.

“We just used the League to get back in, but once we hit the Championship I thought we hit the stride well. I keep giving all the praise to the players, they are highly motivated and they want to be as successful as they can.

“They (Limerick) are going to be formidable for us. We have the height of respect for them, I know it’s going to be a huge challenge, but it’s back to the old cliché with myself, it’s just on ourselves and our own performance, that’s all we can focus on now.”

Some of the key Men in the Quest for Liam.