The dust has settled after the drawn out local elections last weekend and a new Galway city council has been elected.

With new faces in the mix and some triumphant returns, some political parties falling from grace and others on the rise, we looked at how the different factions performed in their run for the city council. 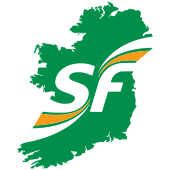 The first thing to note about the new look Galway City Council is that there is no more representation from Sinn Féin.

Sinn Féin lost all three seats on the Council obtaining a mere 5.4% of the first preference vote share. This was down 4.1% from 2014.

Another thing which will horrify Galwegian Sinn Féin supporters is that Sinn Féin’s vote in Galway was over 4% lower than the national average Sinn Féin vote which in itself was considered a big disappointment.

What this tells us is that the local Galway City branch of Sinn Féin have a lot of work to do in order to rebuild the heights they achieved 5 years ago.

This is certainly a mountain to climb and if a general election is called this summer it may mean this mountain will have to be scaled even faster.

The Social Democrats are represented on Galway City Council for the first time ever.

The Social Democrats obtained 6% of the first preference vote share in Galway City.

It must be noted that this can be put down to how the Social Democrats tend to be stronger in urban areas.

The Green Party has a presence on the City Council for the first time since 2004.

In Galway  City West the Green Party’s Pauline O’Reilly was elected to the Council. She exceeded the quota on the first count while obtaining the second highest first preference vote shares with 1,304 votes.

Her fellow Green Party activist Martina O’Connor was elected to the Galway City Central Ward on the 11th and final count.

The Galway branch of the Green Party will no doubt be delighted to elect two Councillors on the back of the Green wave.

This disparity can be attributed to the fact that, like the Social Democrats, the Green Party tends to be stronger in urban areas.

It must also be noted that Pauline O’Reilly was a candidate with strong name recognition coming off her involvement in the Together for Yes Campaign last year. 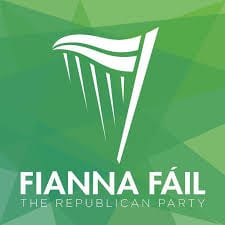 Fianna Fáil activists in Galway will be no doubt ecstatic at becoming the largest party on the Council for the first time since 1999.

Fianna Fáil obtained 20.5% of the first preference vote share which is over 6% less than what the party obtained nationally (26.9%).

In Galway City East, Alan Cheevers and Michael Crowe were handily elected in what was Fianna Fáils’s strongest ward. 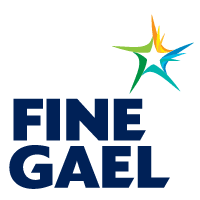 It was a mixed election for Fine Gael in Galway City.

Despite obtaining 15.8% of the first preference vote shares, Fine Gael ended up with 3 seats which was 1 less than they captured in 2014.

To add to this, sitting Councilors Pearce Flannery and John Walsh lost their seats.

It must be noted that there was a big difference between the vote Fine Gael received in Galway City (15.8%) and what they secured nationally (26.9%).

This can be attributed to the fact that Fine Gael tend to poll better in rural areas and country councils than urban city councils.

Despite this, Fine Gael in Galway will be no doubt happy to see first time candidates Clodagh Higgins and Eddie Hoare elected.

These two young new faces could be big hitters for the party in Galway in the future and will no doubt be balanced out by the experience that Frank Fahy brings to the table.

This was easily going to be a tough election for Labour in Galway City as they were losing veteran Councillor Billy Cameron who has retired from politics.

This obviously affected Labour as their vote share in the City was 7% which was down 3% from 5 years prior.

Labour still managed to poll better in Galway City than they did nationally by over 1% (5.7%).

There is no doubt Galway based Labour members will be pleased to have seen them secure a higher vote than Sinn Féin and the Social Democrats in Galway City.

They will be no doubt happy that in Galway City Central Niall McNelis easily retained his seat maintaining Labour’s presence on Galway City Council.

Labour now have one seat on Galway City Council as opposed to two seats in the five years prior.

Solidarity/People Before Profit got a slight bruising nationally as their first preference vote share was down 2% to 1.9% compared to 2014.

Despite this hiccup, Joe Loughnane managed to double their vote in Galway City Central.

In 2014 People Before Profit received 2.01% of the first preference vote compared to Loughnane’s 4.7%.

An issue for Solidarity/People Before Profit is that they only seem to be strong in Galway City Central.

Solidarity’s Conor Burke only received 2.7% of the vote in Galway City East which brought Solidarity/People Before Profit’s vote down overall.

The Galway branch of People Before Profit will obviously have to regroup and start building a presence to both the east and west of the City.

This was seen by the fact that in every city ward it was an Independent who topped the poll.

In Galway City West Donal Lyons topped the poll with 17.7% of the first preference vote.

In Galway City Central Mike Cubbard once again topped the poll with 16.2% of the first preference vote while Colette Connolly was also elected as an Independent.

All in all Independents received a massive 30.1% of the first preference votes.

This is over 10% of the national average of what Independents received nationally (19.6%).

The Galway City East Ward was the strongest performance for Independents, with Independents receiving nearly 40% of the first preference votes.