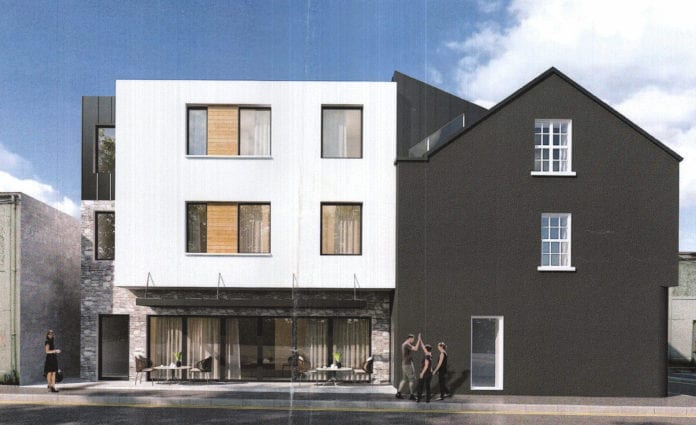 Plans for a new guesthouse and restaurant in Galway city centre have been given the go ahead by the city council.

Floris Wagemakers, owner of The Gourmet Offensive falafel bar, has been granted planning permission for a major expansion of his restaurant and the construction of a new guesthouse.

The development will involve demolishing an existing premises at 11 Mary Street, and replacing it with a modern, three storey mixed use building.

The ground floor of the new building will be a new restaurant space, which will be amalgamated with the existing Gourmet Offensive premises adjacent.

The first and second floors of the building will serve as an eight bedroom guesthouse, one of which will be reserved for a staff member to manage the premises.

The design of the proposed guesthouse was revised after the city council raised several concerns in a request for further information about the plans.

Although a guesthouse and restaurant are long established on site, the property is in need of redevelopment and renewal,” a planning statement from Archeco Architects said.

“There are no Protected Structure on site. However, the southern portion of the property is located within an Architectural Conservation Area”.

The developer said that with a modern development in place, it will provide an opportunity for “extended bed nights and food tourism” in the city centre.

Galway City Council granted planning permission for the development with a total of 20 conditions attached.