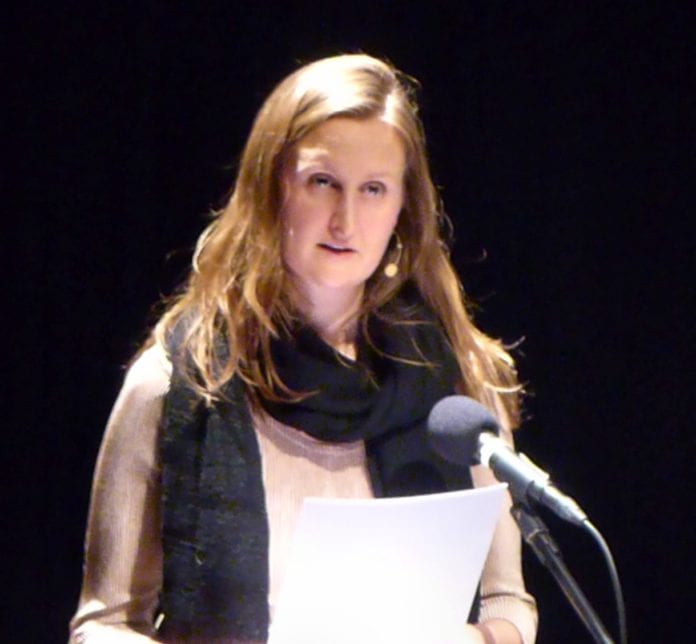 The February Over the Edge Open Reading for local lovers of poetry and prose will take place at Galway City Library on Thursday, February 27.

The Featured Readers at this month’s poetry showcase are Grace Wilentz, Meabh Ann McCrossan, and Fiona Foster, with an open mic afterwards.

Fiona Foster is originally from Hartford, Connecticut, but has lived on the West coast of Ireland for the past fifteen years.

She has studied poetry at the GTI creative writing classes with Kevin Higgins, and more recently at Westside Resource Centre, and was first published in the Fall 2018 issue of Light- A Journal of Photography & Poetry.

She has previously read her work at the Westside Arts Festival summer open-mic.

Meabh Ann McCrossan is a poet from Galway City and is currently in her final year of a BA Connect Degree with Creative Writing at NUI Galway.

After spending a full year solely dedicated to working under the guidance of accomplished writers such as Elaine Feeney and Mike McCormack, she is currently working on her first poetry collection and is focusing on submitting to various publications.

Most recently, her poem ‘Freya’ was published in the Moth’s Summer 2019 issue, and she has a number of other smaller publications under her belt.

Grace Wilentz is a poet based in the Liberties, Dublin whose poetry has appeared in Irish, British and American journals including Poetry Ireland Review, The Seneca Review, The American Poetry Journal, The Harvard Advocate, and The Irish Times.

Her work was also featured on a public artwork displayed on the facade of the Abbey Theatre.

Her debut pamphlet, Holding Distance, was launched by the Green Bottle Press in October 2019.

The open reading will take place from 6:30 – 8pm on the 27th, with an open mic for new readers after the featured three are finished.

The MC for the evening will be Susan Millar DuMars. For further details phone 087-6431748.