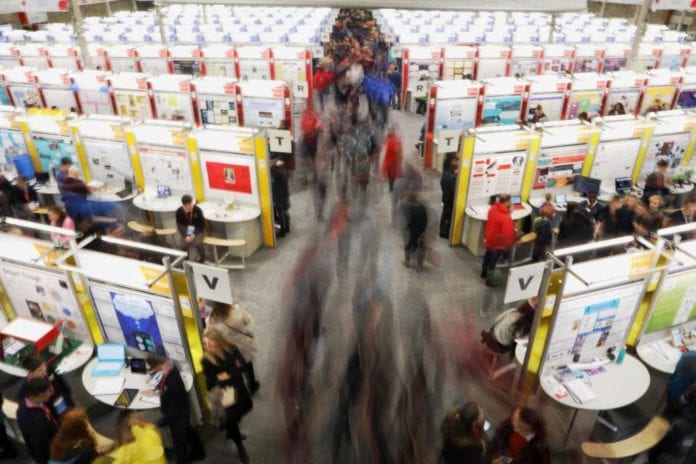 The 2019 BT Young Scientist Exhibition has been open at the RDS all this week with stands and inventions from bright, young minds at schools around the country.

Aoibhe Briscoe, Ellie Concannon, and Kate Owens from Coláiste Iognáid in the city won 1st place in the Biological and Ecological Junior Group as well as the  special Williams Lea Tag Award.

Teams from the school also placed 2nd in the Technology Category and were Highly Commended in the Senior Category.

Coláiste Iognáid commended the “brilliant effort” from all the students who took part and their teachers.

Samuel Regan of Presentation College Athenry came 1st in the Chemical, Physical, and Mathematical Sciences category as a Junior Individual.

Samuel’s Project for the BY Young Scientist competition was titled ‘Machine Learning To Predict Arrow Aerodynamics’.

While Seán Kelly and Seán Janson from Coláiste Bhaile Chláir came took the top prize in the Technology Category as a Senior Group.

Their project was ‘A Secure and Anonymous Internet Using Onion Routing’.

So proud of "The Seáns" Seán Janson and Seán Kelly for winning 1st prize in the Senior Technology category – a very difficult category to compete in! Well done to them both and their teacher Ms Niamh Burke for all the hard work #bród #StudentLeaders pic.twitter.com/X8AAfzHjTT

Her project was an ‘Emission Free Omnidirectional Magnetic Driving System’.

And Miriam Kennedy of St Raphaels College was Highly Commended at this year’s BT Young Scientist Exhibition for her project ‘The Effect of Coconut on Barley’.

The winners of this year’s competition were announced at a special ceremony on Friday, chosen from 550 projects on show at the exhibition.

Shay Walsh, Managing Director of BT Ireland said, “Since 1965, over three quarters of a million people have visited the BT Young Scientist & Technology Exhibition illustrating how fascinated people are by the limitless possibilities of science and technology.”

BT Ireland is proud to both organise and sponsor the Exhibition, giving these bright students a prominent platform to pursue their interest in science and technology.”